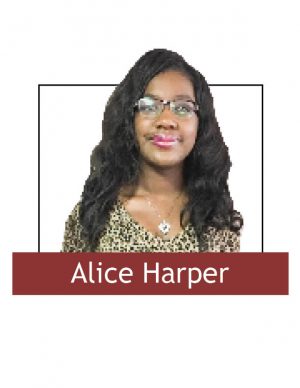 Love is love. Even when that love includes a 20-year age gap.

That’s because relationships are dependent on the feelings two people have toward one another, not how many years they’ve been alive.

And, every relationship is different. Every person is different. Some people are more mature than others within their age group. There is no reason why those people should not be able to date older people and have that mature relationship that they want.

The success of a relationship depends on the partners’ shared values, beliefs, goals and communication. These factors have little to do with age.

Sure, people can have differences because of they’re age. I’m not denying that. But people have lots of other differences too, like religion, political views and wealth. Those things shouldn’t keep people apart, so age shouldn’t either.

Some people say age gaps don’t work because the two people can’t understand each other, especially when they are from different generations and grew up in different times.

But everyone grows up differently no matter what their age is. Everybody lives through different experiences that make them who they are. Those differences should be embraced, not discouraged.

But according to ABC, a lot of that is because of disapproval from society. Whether we like to admit it or not, people care about what their friends, family and general society think of them.

Age-gap relationships are usually seen as being weird or unnatural, and society judges the people in those relationships.

When people feel like their loved ones and everyone around them disapproves of their relationship, of course it is  likely that the relationship will end.

But statistics also show that couples who make it past the two-year mark, no matter what the age gap, are approximately 43% less likely to split up, according to Indulge Me.

Some people may feel that age gap relationships are too difficult or they face harder challenges, but all relationships have problems.

If two people are really right for each other, they will be able to get past their issues no matter how big.

A big age gap between you and your partner does not mean it’s the end of your relationship; it just means you have to work hard and compromise just like you would in any other relationship.

All relationships are hard, no matter what. The divorce rate is high, regardless of an age gap.

Ultimately, a relationship works because the people in it mesh well together and have a great connection. As long as people have that love for one another, age is irrelevant. 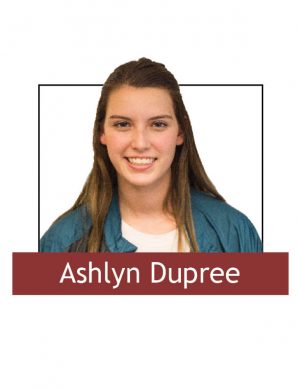 fifth option to pop up.

For those who don’t know, Monica and Richard are characters from a popular TV show called “Friends.” What made them such a controversial couple was their age difference—21 years.

But people still loved them as a couple. Many fans claimed they loved Richard and Monica together more than Monica and Chandler.

But with such a big age gap, would Monica and Richard’s relationship even work in real life? Probably not.

According to a study from Emory University, couples with big age gaps are more likely to divorce. With a 10-year gap, there’s a 39% chance of divorce and a 95% chance for a 20-year gap.

Why is this such a high number?  The study showed the reason for such a higher rate of divorce is the differences in interests, lifestyles and long-term goals between partners.

Let’s go back to our Monica and Richard example. A major reason they broke up in the show was because she wanted to have babies in the future. For Richard, his kids were already grown up. He’d already lived that stage of his life.

The big reason age gaps in relationships don’t work is because the people are in different stages of life. One person may be retiring soon while the other just received his or her first big promotion. It’s hard to relate to someone when you aren’t experiencing that same thing yourself.

But it can also be tiresome of listening to other people’s take on your relationship. According to research done by Oakland University, the number one problem people have with age gap relationships is that they think the relationship is for exploitation. Those outside of the relationship think that money or sex must be the reason why they’re together.

In the past, I’ve thought, “Oh, she’s only with him for his money,” about celebrity couples. It’s hard not to do that because that’s what a lot of people think. This can put a strain on the couple’s relationship.

I’m not here to hate on love. If you love a person, then be with them. I’m just pointing out some major problems that can happen in age gap relationships.

Now, if we want to fix these problems, then there first has to be compromise. If you aren’t willing to give up your dream to have a baby when your partner doesn’t want one, then you need to leave the relationship.

You should also openly discuss your relationship with your friends and family to ease their concerns. This can stop the muffled whispers you hear because they will have a better understanding of your relationship.

One last thing for those who aren’t in the relationship—mind your business. If it isn’t your relationship, then don’t worry about it. It is between them, not you. You can’t make assumptions about their relationship because it’s not yours.

Maybe you can make a real life Monica and Richard work. As long as you love someone, anything is possible.