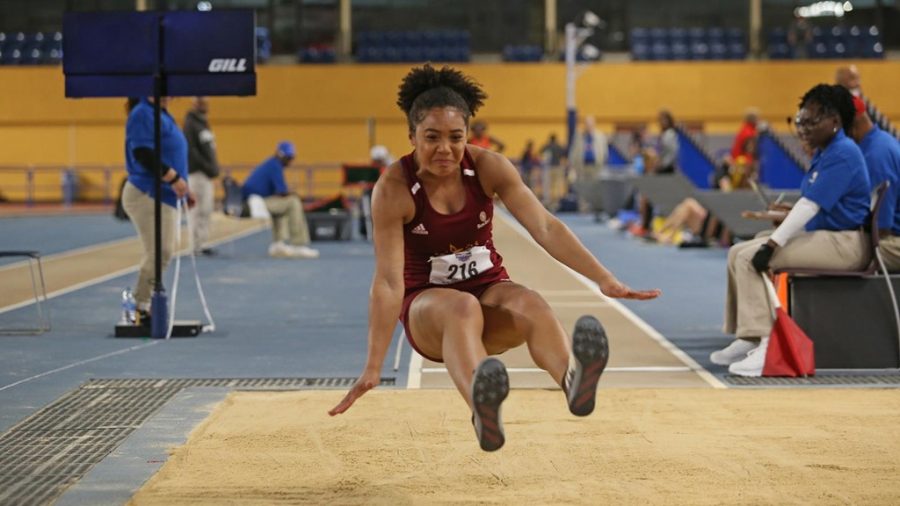 The third win happened to be the most important win for long jumper, Jasmine Scott-Kilgo, who won her first Sun Belt Conference Indoor title in the event of her career with a jump of 19 feet, 11 inches at the Birmingham Crossplex.

The other winner was junior Brianna Sam who won her second-straight conference indoor title in women’s weight throw. Her throw of 66 feet and one and half inches would mark a school record.

For the men the best performers Sam Healy and Eric Hawkins who both finished in second in their respective events of long jump and 800 meter run.

Hawkins’ run of 1:52:04 would mark an indoor personal best for him.

The other podium performer was Micaiah Dendy who stood on the podium for the third time in her career in the women’s triple jump at the Sun Belt Indoor Championships, finishing third in the event with a mark of 40 feet and one and a half inches.

In addition to his second-place finish, Healy also set a personal record in 60-meter hurdles, narrowly missing the podium with a fourth place finish.

The Warhawks now move onto the outdoor season with one home event on April 10 and 11.