Baseball off to a historic start 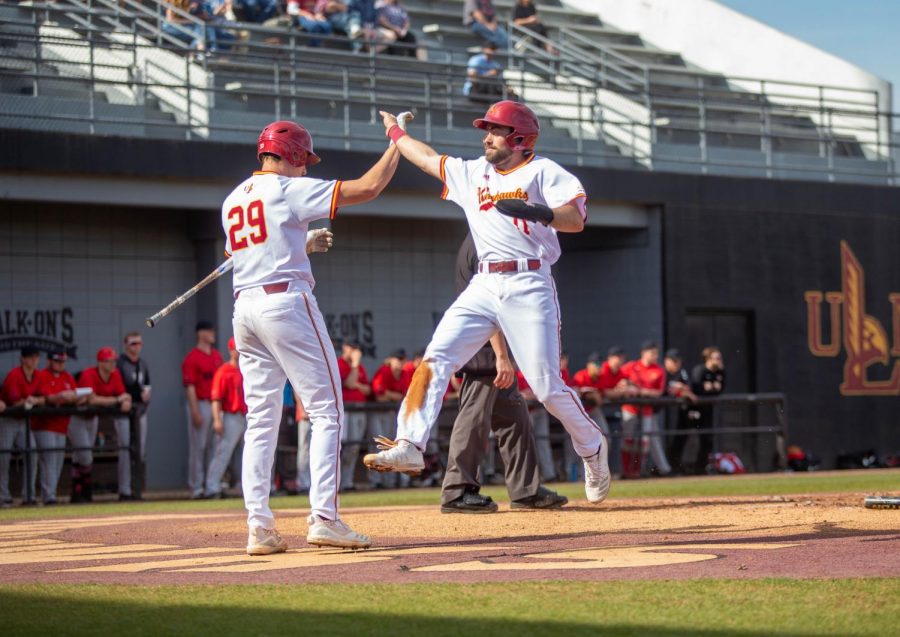 Unlike the inconsistent weather in Monroe, the Warhawk baseball team has been red hot to start the season.

The Warhawks will look to continue the hot start on Tuesday March 3 as Jackson State comes to ULM for one game. ULM will then travel to face off against McNeese State in Lake Charles.

ULM began the week with a two-game sweep of the Southeastern Tigers.

On Tuesday the team won 8-4 and on Wednesday used a record shattering 19 run fourth inning to win the game by the score of 23-4.

Andrew Beesley and Danny Desimone both hit grand slams and Ryan Humenik added a solo homer of his own to power the Warhawks.

Twenty five men had an at bat in the inning which was one shy of NCAA Division I record.

“I have never been part of that many runs in one inning,” said head coach Mike Federico. “When you score that many runs, sometimes you get selfish. You swing at bad pitches and things like that, but I thought we really did a good job taking what they gave us.”

The previous record of most runs scored in an inning for the Warhawks was 12 runs.

After the second straight series sweep the Warhawks hosted the Illinois State Redbirds for a three-game home stand which began on Friday.

Things didn’t go as expected on Friday night for the Warhawks as they dropped the series opener.

The Redbirds jumped to a 2-0 in the second inning and added another run in third.

Warhawks responded by plating home two runs in the third to cut the lead to 3-2 but the offense was limited after that as ULM left runners on scoring base in multiple innings and lost the game 6-3.

Saturday was a different story as the Warhawks went back to their winning form where they cruised to a 26-8 win to tie the series at one a piece.

This was the third time this season the team eclipsed the 20-run mark.

The Warhawks had 25 hits in the game and scored at least one run in every inning except for the eight.

ULM had another magical inning in this game as they sent 16 batters to the plate in the sixth inning and tallied nine hits to score 11 runs.

Andrew Beesley continued his hot streak in the inning as he scored two runners with a single to start off the inning and the team followed up multiple hits including a two-run homerun by Mason Holt.

The Warhawks added two more runs in the eight.

The Redbirds tried to rally back in the eight and added two more runs on the board but fell short as the bullpen quickly got out of the inning and didn’t allow another run for the rest of the game.

The Warhawks currently sit at 8-2 record which is the best start to the season for the team since 2001.