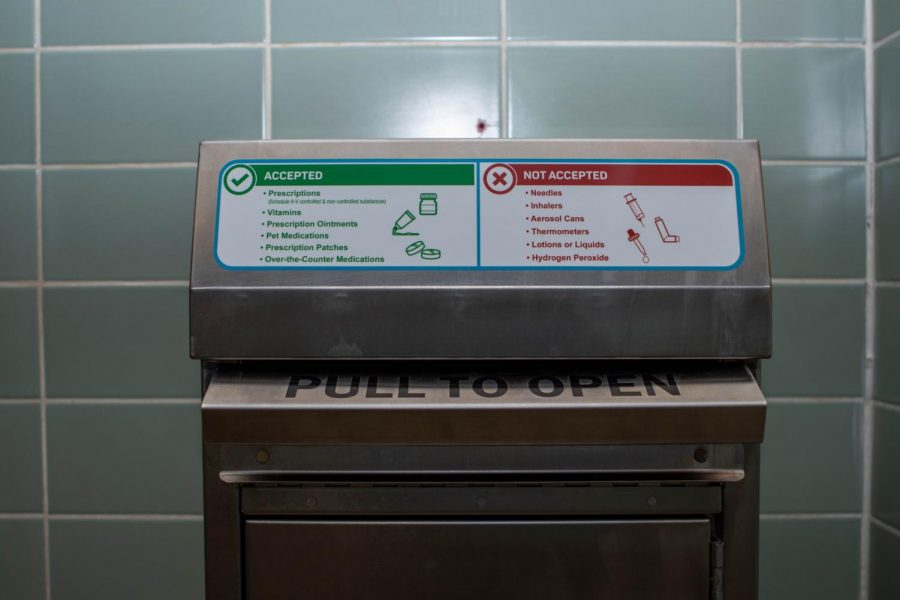 Last year, Louisiana had 455 opioid-involved overdose deaths, according to the Louisiana Department of Health. This number was the highest ever recorded in the state and one that continues to climb every day.

Along with that fact, it is also known that two out of three teens who admit to abusing prescription medication get access to the drugs through their friends, family or acquaintances without their knowledge. Then, 80% of those prescription medicine abusers eventually begin using heroin.

Dr. Stephen Hill, a clinical assistant professor of pharmacy at ULM, and two students from the college of pharmacy noticed this ever-growing trend and decided that action needed to be taken on the issue—There needed to be a way for people to safely get rid of unused or expired medications in Monroe.

“Too long has the disease of addiction been in the shadows,” Hill said. “We need to remove the stigma associated with the word ‘addict’ and get people with a substance use disorder the help they need.”

Hill accompanied by pharmacy students Kaitlin Comeaux and Raven Alexander met with the healthy living coordinator for the Children’s Coalition for Northeast Louisiana, Mary Barrios. At this meeting, they discovered that Northeast Delta Human Services Authority had obtained medication drop boxes through a grant and was looking for a place to set up one. After explaining the importance of a medical drop box to the University Police Department, it was decided to bring one to campus.

Comeaux and Alexander both said that the medical drop box would help the community in more ways than one. Having a place to dispose of potentially harmful substances will lower accidents as well as keep drugs from entering streams and rivers.

“One of our biggest hopes, however, was that the box might help deter abuse of medications such as opioids,” Comeaux said. “Currently, the United States is facing an opioid epidemic. Although the solution is rather complex, we hoped to help our community combat it by providing a safe, easily accessible method of disposal.”

Monroe locals can come to campus and discard their unwanted medications including prescriptions, over-the-counter medications and narcotics. The box is located in the lobby of the UPD building and is open to the public 24 hours. According to Hill, the box will be guarded at all times to ensure theft doesn’t happen. However, people dropping off medications will not be asked what they are dropping off or why.

The box is not to be used for getting rid of needles, inhalers, aerosol cans, thermometers, lotions, liquids or hydrogen peroxide. Yet, there is no limit on the number of items you can dispose of as long as the box is not full. According to Lieutenant Jeremy Kent from the UPD, the local Drug Enforcement Administration will come to empty the box when capacity is met.

The medical drop box is now open for use.