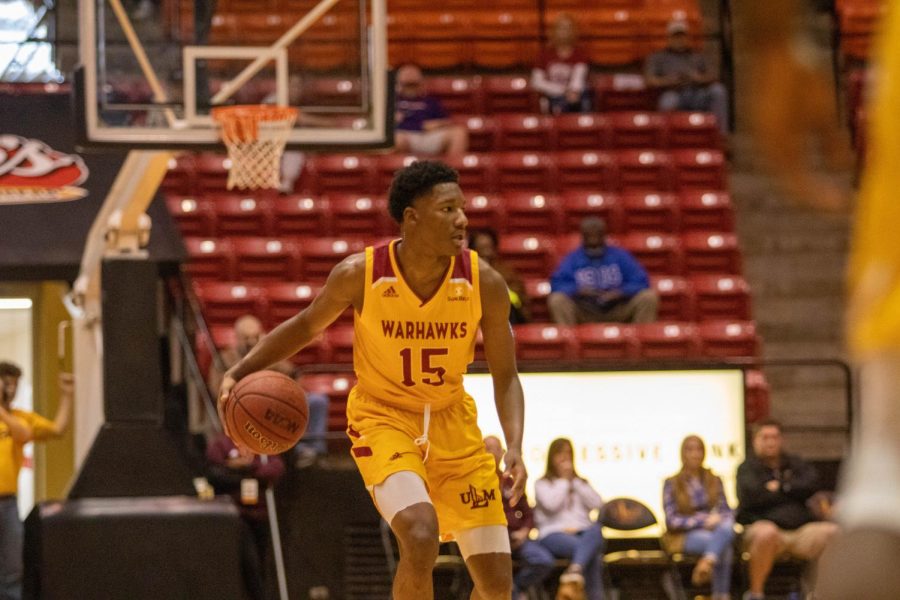 After one of the best years in program history the Warhawks came into the year with high hopes, the realization of those hopes never came. The Warhawks would finish the season 9-20 (5-15 Sun Belt).

“We’re disappointed in the number of games that we won this year,” ULM coach Keith Richard said. “We lost a lot of close games and didn’t have the season we thought we could have.

All season the offense struggled to play at a high level that trend continued against Appalachian State, dropping the game 61-57.

“It was a hard-fought game,” Richard said. “It wasn’t a particularly pretty basketball game with flow. It was one of those half-court grind, fistfight games. We just fell a little short.”

ULM would go small in this game as three guards played over 25 minutes and one other would notch 19 minutes.

“Our intentions were good,” Richard said. “We just didn’t shoot the ball well enough with a smaller lineup.”

The Warhawks were led offensively by seniors Tyree White and Youry White who would notch double doubles in their final games.

Tyree would score 16 with 11 rebounds and six assists, Youry would have 11 points and 12 rebounds.

Two other Warhawks scored in double figures as Michael Ertel and Josh Nicholas added 10 and 11.

Ertel would shoot just 3-15 from the field.

ULM would shoot just 36% from the field, while making just three of its 18 3-point attempts.

The Mountaineers would struggle offensively as well, hitting just four of their 16 3-point attempts while missing seven free throws.

The difference for the two teams was droughts as ULM did not score for over five minutes to end the first half.

ULM allowed App. State to go on a 9-0 run to begin the second half.

As the Warhawks head to the offseason Richard sees positives heading into next season.

“I’m not discouraged with our program moving forward,” Richard said. “We had a good signing class in the fall, and we’ll sign some more in the spring. We’ve got a few returners that got tremendous experience this year and we’ve got Michael Ertel back. I think we know what our problems are and we can fix it. We’ll get right back on track next year,.”