How to spot fake news sources 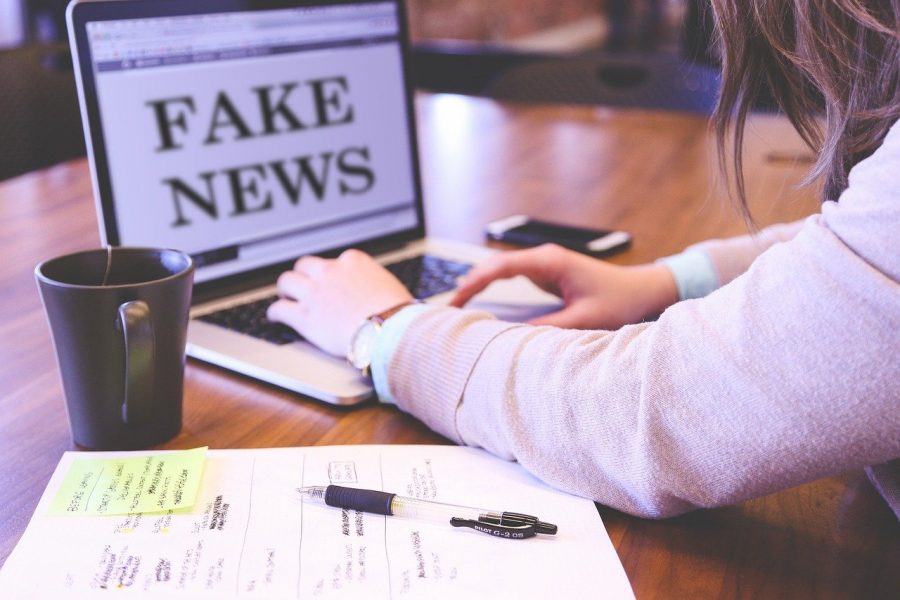 In the Age of Information, differentiating fact from fiction can seem difficult. But identifying fake news is easier than you’d think.

As a general rule, always remember that when a headline sounds too good to be true, it usually is. Headlines are used to draw readers in. Unreliable news sources will say outrageous things that aren’t true, just to get you to click onto the article.

One obvious giveaway that a news site isn’t trustworthy is grammar and spelling errors. Sure, even the most reliable of publications make mistakes sometimes, but if every paragraph has a mistake, don’t trust it.

A problem that frequently occurs is false stories being widely shared just because of how outrageous they are. Readers will believe that since the story has been shared by so many people that it must be true.

“Don’t focus on info that seems to blow up for one hour and appear all over news outlets and social media and then just as quickly disappear,” Comer said. “Reliable information sticks and spreads around.”

Make sure that what you’re reading is reliable. Dr. Adaobi Duru, communication professor, said that readers should question what they read instead of taking it at face value.

“People should be skeptical about whatever information they access until they can verify the authenticity of the source,” Duru said.

To know if a source is trustworthy, look online to see if other news outlets have reported on the same story and have the same facts. If a story is really outrageous but only one publication reports on it, it’s probably fake.

You should also always be skeptical of news that you’re reading on a website you’ve never heard of before. That doesn’t mean that small, independent publications always produce fake news. It just means that you should look into the reliability of the site if it’s not well-known and widely regarded as a trustworthy publication.

Be aware that there are news sites out there that are dedicated to satirical news. Satirical news is completely fabricated but can look real. For instance, there’s a popular satirical news site called The Onion, which has published articles with headlines such as “Mauritians Use Hair To Help Contain Oil Spill,” and “L’Oréal Introduces New Smudge-Proof Lipstick Able To Withstand Getting Hit By Bus.”

Sites will also try to trick you into thinking they are well-known, reliable publications. For example, there is a website called abcnews.com.co. Many people would see an article they’ve written and think that it must be reliable because it’s ABC News. But it’s not. The “.co” at the end of the web address is how you know that they’re not the real ABC News, they’re just imitating them.

Fake news is something that we have to watch out for because there are a lot of people out there who want to lie to the public. But sometimes, we lie to ourselves. We do this through confirmation bias, which is when readers only seek out news that lines up with their own opinions and beliefs. Some people will believe a piece of information simply because they agree with it.

“A story reinforces how a reader sees the world does not make it factual,” Duru said.

Comer recommends that readers attempt to break free from their confirmation bias.

“Seek out sources that contrast with your existing views.” You should try to find information that is factual rather than information you like.

And when in doubt, use a fact-checking website. These are websites dedicated entirely to finding out if information circulating on the internet is actually true. The most well-known of these sites is Snopes. It is highly regarded as being an unbiased and reliable fact-checking resource.