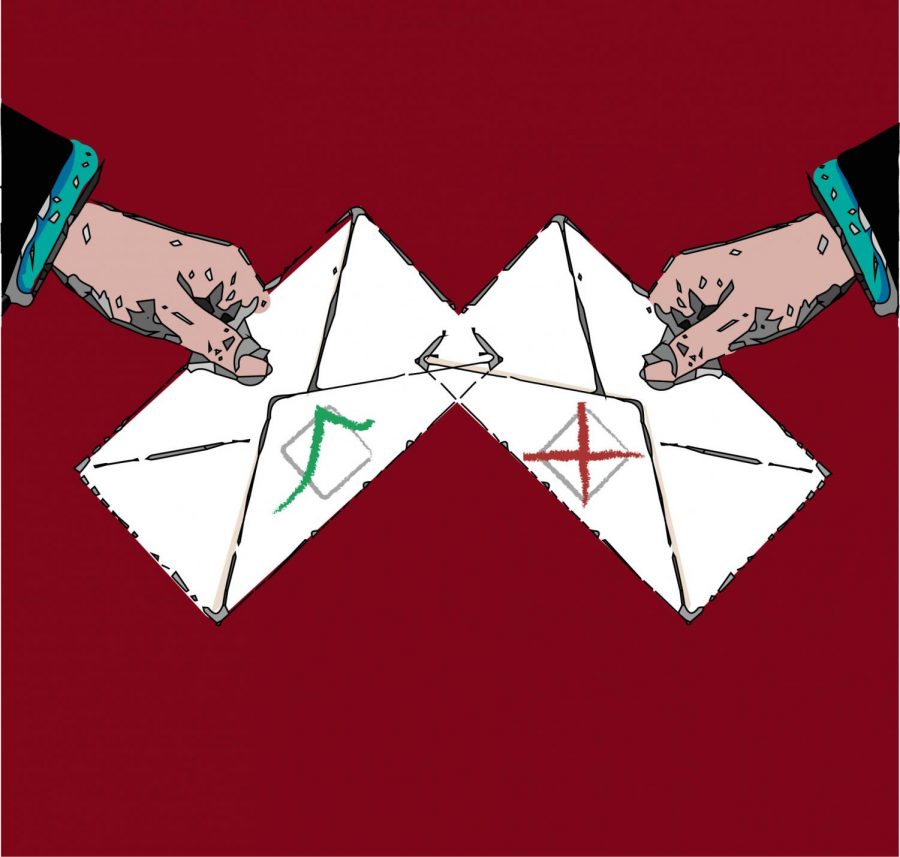 As Election Day gets closer, COVID still runs rampant and the worry around voting becomes greater. With hundreds of thousands of voters turning out to the polls, there is sure to be a surge in COVID cases in the weeks following the election.
But there’s another option: mail-in voting. It sounds like a simple enough solution. As it turns out, it’s anything but simple.
Some think an abnormally large amount of mail-in voting will lead to voter fraud. Others mention the USPS will not handle the huge wave of ballots.
And those things may happen. We have no way of knowing. But voter fraud has been proven to be highly unlikely, whether in-person or by mail.
According to the New York Times, the chances of widespread voter fraud are low. Each ballot has a different barcode that tracks the path of the ballot. This ensures each ballot is tied to one specific person. It would make it difficult for counterfeit ballots to go unnoticed.
The ballot counters also check to make sure that signatures match. If the signature on the ballot and the one on the front of the envelope don’t match, that raises a red flag.
And as for the USPS not being able to handle all the ballots, it’s uncertain. According to the BBC, there has been a recent removal of many mail sorting machines and post boxes, which will not be replaced.
But Postmaster General, Louis DeJoy, said as long as voters send in their ballots at least a week before Election Day, they will arrive in time and be counted.
It still seems likely that if too many people send in their ballot by mail, it will slow things down. Ballots may not arrive on time because of slowed postal service, and then they won’t be counted.
But that’s why everybody should vote in person if they can. Everybody shouldn’t just mail in their vote because it’s easier.
You should only participate in mail-in voting if you are someone at high-risk where COVID is concerned or if you absolutely can’t go in-person for another reason.
But that option needs to be there. An elderly person or someone with underlying health conditions shouldn’t have to choose between voting and possibly dying.
Plus, mail-in voting doesn’t need to be a forever thing. Eventually, we will be able to return back to our normal lives. Mail-in voting is necessary during this uncertain and dangerous time.
And those voting by mail need to be aware of the risks, like having your ballot tossed out because you didn’t fill part of it out. That happens a lot.
According to NPR, most absentee ballots are rejected because of a missing signature. Ballots can also be rejected if you circle a candidate’s name instead of filling in the bubble next to it.
Voters should mail their ballots if they need to. They also need to be extra cautious by making sure they both fill out the ballot properly and send it early enough that it will arrive on time.
Voting is a civic responsibility of every American citizen and keeping them from doing that would be nothing short of undemocratic.