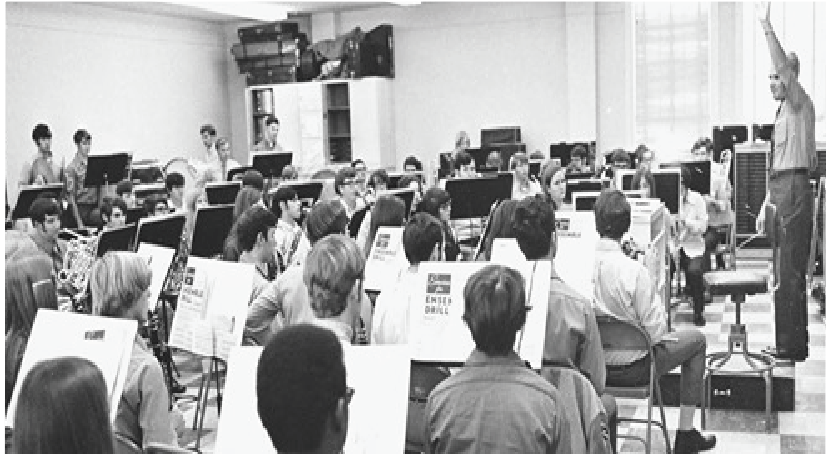 Jack White, ULM’s Director of Bands, died Wednesday, Aug. 19 at 84. He taught at the ULM starting in 1970 as an Associate Professor of Music and director of bands when the university was still called Northeastern Louisiana University.

In his time at ULM, White had many accomplishments. The university’s band, the Sound of Today, grew to more than 300 members. They even produced albums of songs they performed at halftime shows.

Not only did he lead the band in all of their success and growth, but he was the one who named them. In the 1970s, White received a flyer that stated “Give your band the sound of today with our music.” And that’s where he got the name that we now know and love.

More important than his accomplishments, however, was the lasting impact he left on students.

Candi Brooks, a former student, first met White when he was a guest conductor for her junior high band. She later attended Summer Band Camps at NLU, which was led by him.

He eventually offered her a talent grant and she spent three years playing for the band before graduating.

“He was an amazing mentor and teacher,” Brooks said. “Every single person that came through the band program was valued.”

He provided his students with invaluable life lessons and experiences. According to Brooks, White always use to say, “A right note in the wrong place is still a wrong note!”

Another of his former students, Scott Rawls, also has fond memories of White. He said that White was an inspirational figure and from him he learned the importance of friendship and loyalty.

His favorite memory of White was when his friend and colleague, Michael Spears, band director at West Monroe High School, was too ill to teach his classes. White went to WMHS every day while Spears was sick to teach the Symphonic band.

“He had a magical way of teaching us the power and beauty of music,” Rawls said. “The real magic was along that journey learning the value of teamwork, trust and what it means to be part of something bigger than you.”