Warhawks sing their hearts out during karaoke night 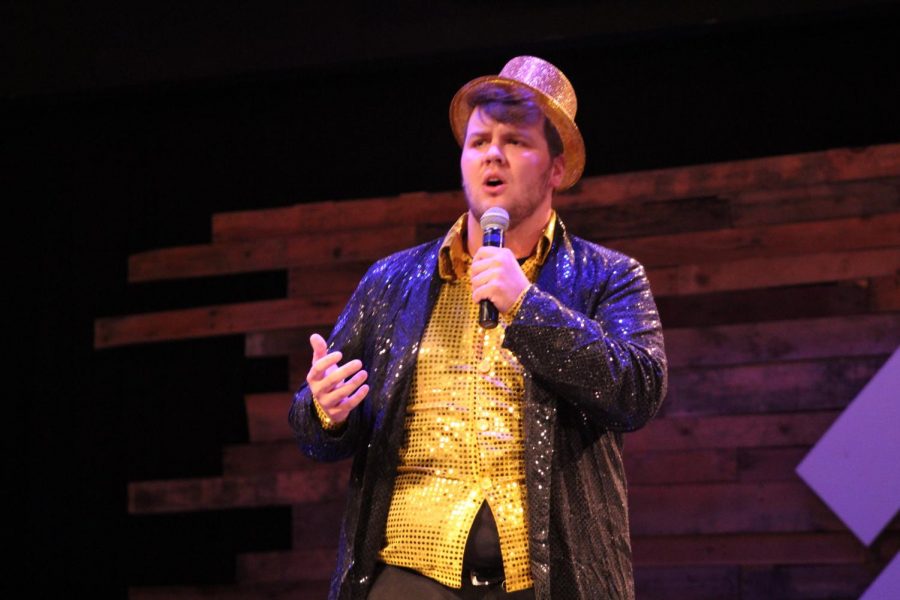 With stress levels running high on campus, everyone needs to relax, and a karaoke night is the perfect way to let loose and have fun.

Students brought their beautiful voices to North Monroe Baptist Church on Tuesday night and prepared to sing their go-to karaoke songs. They played popular songs that the audience were familiar with to make the event enjoyable.

This was the first time the church had hosted a karaoke night like this one. Katie Meredith, a junior nursing major and one of the hosts of the event, explained how the idea for karaoke night came through a beach trip.

According to Meredith, the North Monroe Baptist Church offers a beach trip for students. And, last year on the beach trip, the group had a karaoke night.

“It was so much fun and we felt we definitely had to do it again. So, we just decided to make it an event for everybody to come.” Meredith said.

Bryce Lovelady, a junior communication major, also attended the event as the cohost. He and Meredith hyped up the crowd in between each singer’s performance. They also interacted with the audience by playing games with them, like “Who Said That?.”

The hosts divided the crowd into two teams,  Team A and Team B.  Then, Lovelady would recite a quote from a movie and the teams had to guess what movie the quote was from.

Unfortunately, the game ended up in a tie between the two teams but the effect of the game could still be felt among the audience. The game released any tension and pumped students to sing their hearts out.

Kendal Clayton, a college pastor of North Monroe Baptist Church, said the importance of events like this is the opportunity it gives students to make new friends.

“I think it’s great for campus life. It’s so important for freshmen to plug in.  We try to connect with new students or freshmen as early as possible,” Clayton said.

The hall was alive with the excitement and laughter of the students as they performed all night. With the pandemic raging and the stress from school at an all-time high, one could agree that this night was just what the students needed.