Is Ronald Berry the right choice for ULM? 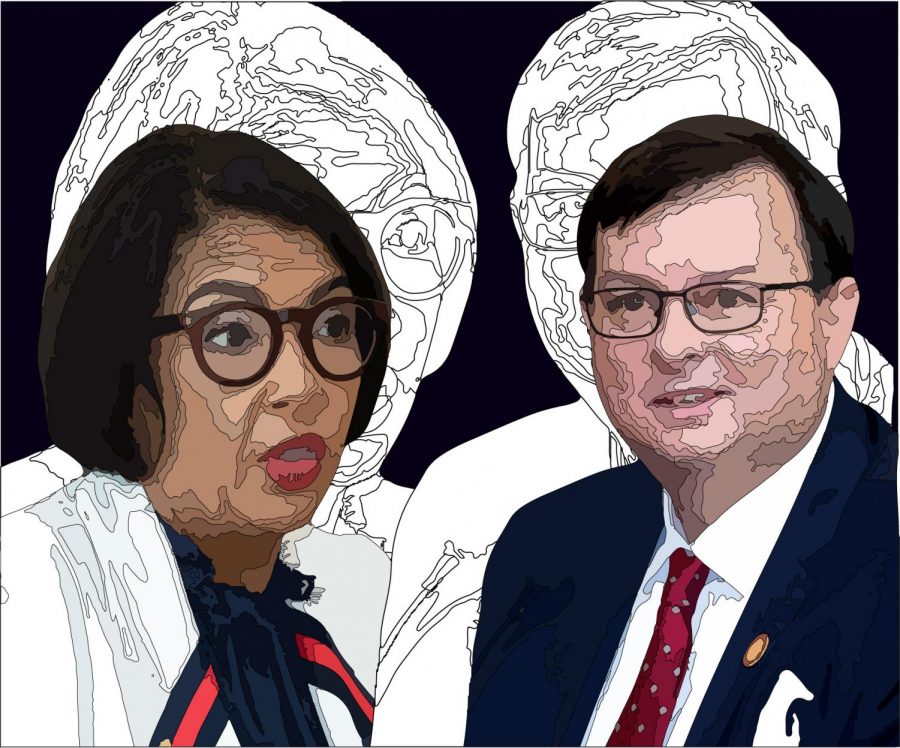 It’s no secret ULM has money problems. The pandemic and uncertainty about sports this semester haven’t helped. So, what’s the answer to this problem?

Have a leader who knows how to get us out of this rut. Thanks to the UL system board, we now have that leader—Ronald Berry.

As someone who’s dedicated 25 years of his life to this university, Berry has a deep understanding of the problems we face, and is equipped to handle these problems.

In fact, he already exhibited his fundraising skills in the past. He and Christine Berry previously travelled  the country raising money to fund programs that help students afford internships.

As of today, they have invested over $200,000 sending students across the world.

Not only that, but Berry also has ideas about how much we, the students, pay to be here.

At a student forum before he was elected, he told students that they’re spending too much money to attend ULM. He shared that he’d like to find ways to lower the cost of attendance or a way to reallocate funds so that students are paying for things they actually care about.

But that’s not the only thing Berry has done to help students. As a professor and the dean of two colleges, he has been helping students get their education and find their way for years.

Of course, many people think that instead of Berry, Katrice Albert should have been elected. And it’s true, Albert was a qualified and well-rounded candidate who could have been a great leader.

But, that doesn’t change the fact that neither Albert nor the other finalist, Jeannine Kahn, had ever worked at ULM and did not have the extensive knowledge of this university that Berry does.

To solve a problem, you first have to understand it. Ron Berry understands our problems, because he was here when they were created. He’s proved that he will stick with this university no matter what and he’s willing to do what it takes to improve it.

ULM has a racist past full of yearbooks with “black face” photos displayed in them and blatant appropriation of Native American culture evident around every corner. However, ULM also has a racist present.

Yet, it wasn’t until July when direct action was taken. One professor was fired while the other left the university before the termination process could begin, as she was tenured. But I want to ask ULM, what about its future? Will it be racist too?

The university could have taken a step in the right direction if Katrice Albert had been elected president instead of Ronald Berry.

Albert was the executive vice president of inclusion and human resources at the National Collegiate Athletic Association. She also is a founding member of Third Eye Consulting, a diversity management consulting firm.

Her career has been focused on the importance of diversity and that is just what ULM needs especially after the racist scandals this summer.

ULM claims to take pride in its diverse body of students, even using the campus’s diversity as a marketing point when bringing in freshmen. Yet, the university’s faculty is overwhelmingly white.

Who will represent the students of color? The answer could have been Albert, but instead the university chose Berry.

Berry has worked at ULM for many years. He knows the ins and outs of the university already. To some, that might seem like a good thing, but it can be dangerous.

I have always heard that you can’t heal in the same environment you got sick in. Well, ULM is stuck in a rut and voting in a president with a new perspective could have led us out.