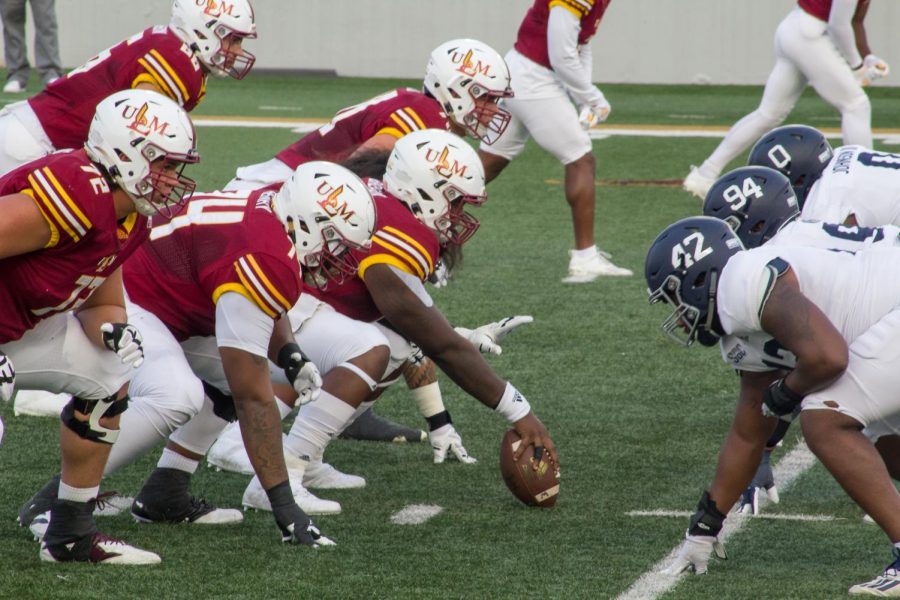 The ULM Football team is going through a serious rough patch this season. We can’t pin the blame on just the coaching style, personnel choices or lackluster effort. There  is blame to place everywhere, starting with ULM lagging behind in almost every statistical category.

The NewsStar said ULM (0-3, 0-1 SBC) averages a Sun Belt Conference-worst 279 yards, 37 yards rushing and 10 points per game. The offense has gained just 111 total yards on the ground through three games. The Warhawks strugge to find the endzone as well. Coach Viator believes in this current squad, but history is bound to repeat itself.

In Viator’s last four seasons as ULM’s head coach, ULM has been unable to reach playoff success. If I’m holding Viator to his former McNeese State success, then this probably isn’t what ULM was expecting. In his nine seasons with McNeese State, he was 4-5 on playoff attempts. ULM’s chances of a postseason appearance may be unlikely.

The next issue is the defense’s lack of adjustment toward the run game. In their last three games, the Warhawks have allowed 788 rushing yards and 11 touchdowns, giving up 5.3 yards per carry. There’s no other way to paint this picture. The Warhawks’ future is dependent on proper week-by-week analysis, and expecting more from its roster. The  best way to entice students to home games is by developing a winning culture. It’ll always be difficult to hold a fanbase together with a history of consistent underperformance.

The Warhawks have no choice but to reexamine their weaknesses and readjust. They have to gain some solid footholds on defense to save some reps for the offense. The  offensive side of the ball has no choice but to produce weekly results if the Warhawks want to reach an above .500 record. Undoubtedly, it’s unrealistic to expect ULM to maintain this streak longer than one or two more game. For the homecoming game, they have an unfavorable match up against Georgia Southern whose run game will keep the Warhawks in the film room.