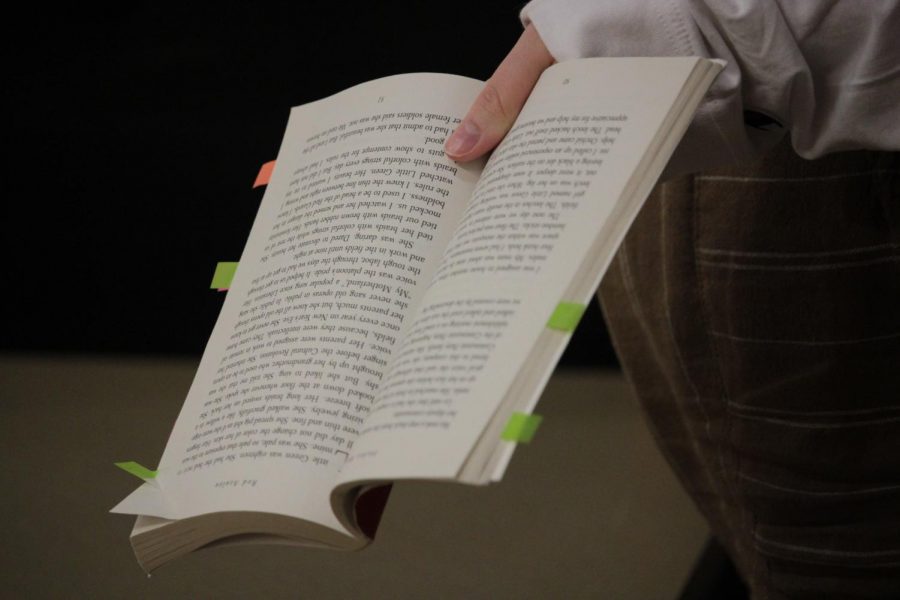 America was founded on defiance—At least, that’s what Patrick Morgan, an English professor at ULM believes. So he, along with Sigma Tau Delta, hosted a banned books reading last week as an “act of defiance against censorship.”

Students, faculty and staff gathered on a cold, rainy day in October to share their love of literature by reading books that have been banned in multiple countries.

The annual reading was hosted in the Chemistry and Natural Science Building. Together, attendees read excerpts from books that were all banned at one point or another due to controversies. Some of the pieces of literature referenced were “Moby Dick,” “Red Azalea” and several poems from Shel Silverstein’s “A Light in the Attic.”

Morgan said that he loves to see students share their interest in literature and learn about their relationships through literature. In the past, some of the books included “Lord of the Flies,” “1984” and “Huckleberry Finn.”

Kaylee Sadler, a junior and member of Sigma Tau Delta, said, “I enjoyed listening to passages from banned books in history, and the discussions centered around the absurdities of censorship.”

Sadler also read passages from “Red Azalea,” a novel that was banned in China due to its themes of homosexuality and anti-communism.

“I hope more people will show up at the next reading,” Sadler said. “I think some people would be surprised with what’s been banned.”

A similar event that takes place in the spring is the Ides of March, an event where poetry lovers, students, faculty and staff alike, gather around a tree on campus and read their favorite poems.

Sadler encourages more literature lovers to attend the next banned books reading to celebrate their passion for literature together.