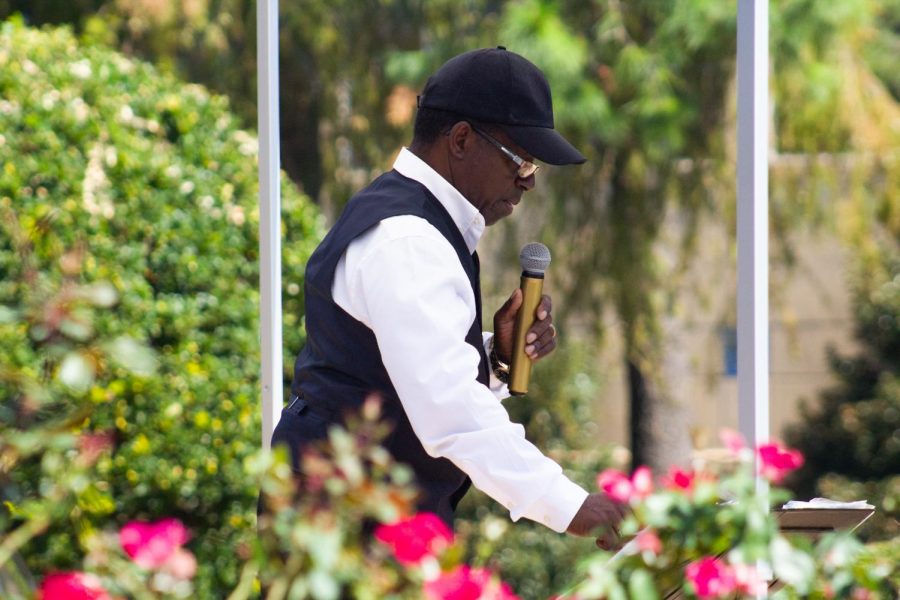 Audience members can buy a $5 sack lunch from Newk’s to enjoy while a musical guest performs in the scenic park, allowing everybody to escape from work and enjoy live music and lunch outdoors.

Oct. 7 was the first time the Brown Bag Concert was held since the state shutdown for COVID-19. After canceling all Brown Bag Concerts since April, Northeast Louisiana Art Council president, Barry Stevens, was hopeful that many people would show up eager to be outside again.

“It gives people an opportunity to get together and visit,” Stevens said. “It brings us back to a sense of normalcy and what life is all about.”

Last week’s Brown Bag Concert musician was vocalist Denene Stringfellow, who has performed at the event four times. Stringfellow has been singing ever since he could remember, and has been singing for the Shreveport Regional Jazz Ensemble for almost six years. He also plays the keyboard for two different churches on Sunday mornings.

Even though music is not his only career, Stringfellow performs at events like the Brown Bag Concert often.

In light of the coronavirus pandemic, Stringfellow said, “Usually they let me do the last show for the month, but they called me and told me that people have been locked down for so long. She said come on out and we’ll let you spruce it up a little bit.”

Stringfellow started his set with a lively rendition of “Sittin’ on the Dock of the Bay,” and continued to perform classic songs such as “Tennessee Whiskey” and “My Girl.”

The Brown Bag Concert series dates scheduled for the remainder of this month are Oct. 14, 21 and 28. Stevens encourages everyone to come out and support Monroe’s local music artists.

“You can easily socially distance, and I think it’s a safe environment,” he said. “We are glad to get back out.”