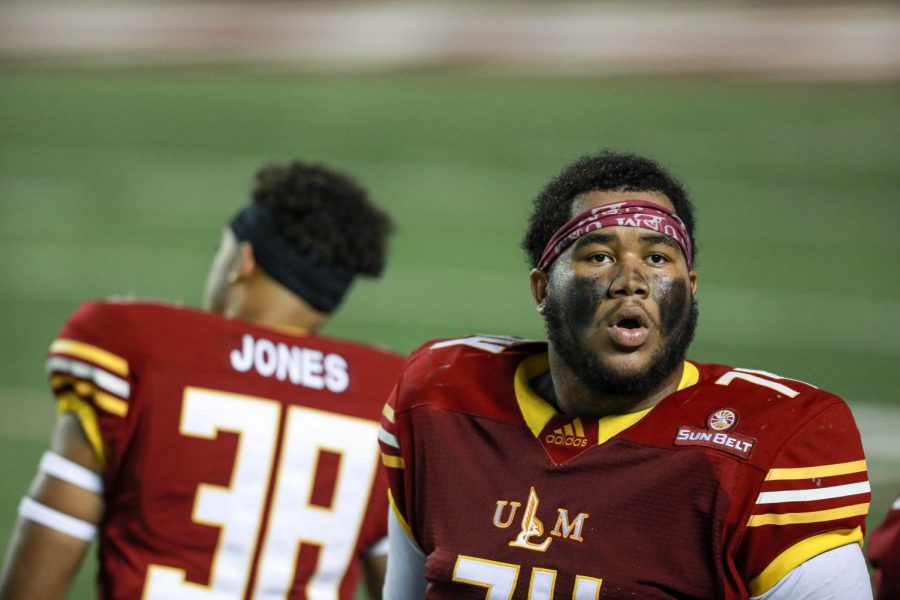 The Warhawks took a trip to Virginia to go against the Liberty Flames. However, their losing streak would continue after a lopsided 40-7 loss. After a tightly contested game against Georgia Southern, ULM suffered another blowout.

Postgame, Head Coach Matt Viator had much to say about the abysmal performance.          “Field position was a big deal in the game,” Viator said. “We couldn’t flip it on offense. That was the biggest thing. You’ve got to get first downs and flip the field, so you’re not punting from your own end zone. I don’t know of anything we did well—Throw, block, catch, anything. Just a really, really poor performance.”

The Warhawks offense struggled all game long. The first half of the game was dominated by Liberty’s secondary. Warhawks quarterback Colby Suits threw two interceptions, and wide receiver Daniel Sparks would fumble the ball, which the Flames defense would return for a touchdown.

ULM would struggle on special teams, which would allow the Flames to run up the score. It was a rough day for the Warhawks. Sparks would have a punt blocked for a score, a fumbled snap for a score and a punt returned for a touchdown. Without these mistakes, the final score could have been much more respectable.

The Warhawks offense would be able to end the shutout on the final play of the drive. With the swap from Suits to Jeremy Hunt, Hunt would complete a 15-yard pass to wide receiver Kayden Roach for their lone score of the game.

Liberty was able to succeed due to their excellent run game that the Warhawks were unable to stop. The Flames picked up 180 yards on the ground at an average of 4.6 yards per carry and two rushing touchdowns.

The Warhawks’ defense was able to force two turnovers in this game. Traveion Webster recovered a fumble in the first quarter and Austin Hawley came up with an interception.

Viator also expressed the woes on the special teams, stating that the punt team has really been “an unbelievable thing.”

ULM will get a week off to work on many of the issues that have plagued them all season long. Their next game will be at the University of South Alabama on Oct. 24.