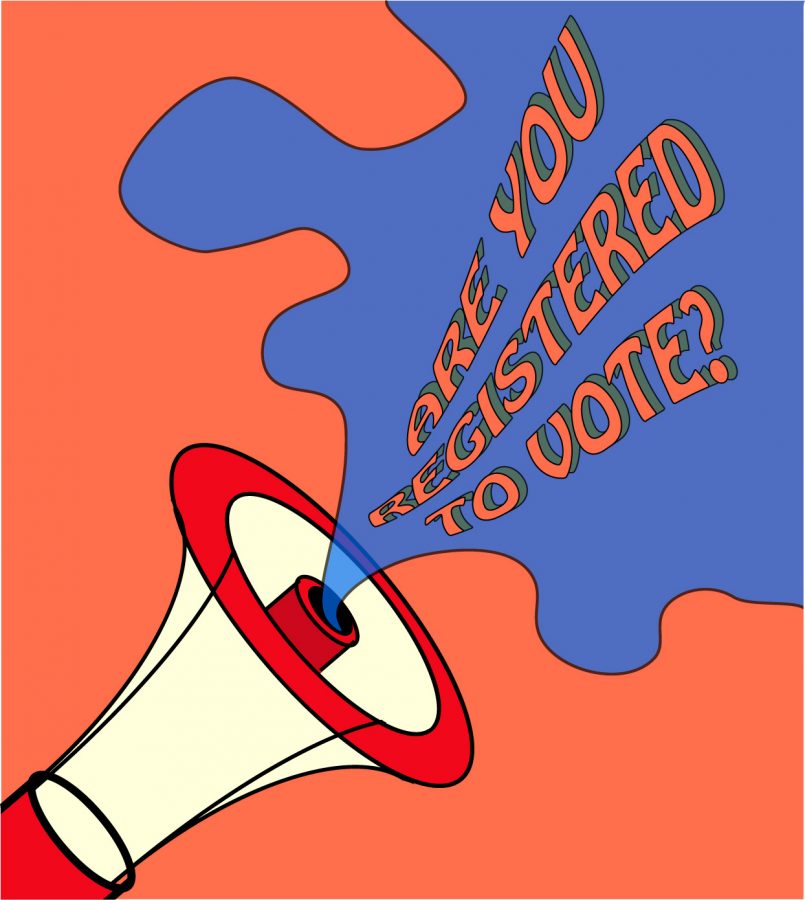 Election Day is right around the corner—Nov 3. to be exact. So, if you want to have a say in what happens, now is the time to register.

It’s especially important for young people to vote, because according to Dominique Potter, people aged 18 to 25 are less likely to vote and be politically involved.

Potter is the vice president of College Democrats, and their organization teamed up with Feminists in Action last week to help people on campus register to vote.

Outside the SUB, members of both organizations spoke about the election with everyone who would listen.

Savannah Jones, a sophomore psychology major, isn’t a member of either FIA or College Democrats, but she wanted to help out anyway.

“It’s important that everyone go out and vote and have their voice be heard,” Jones said.

She recommends that if you don’t know who you want to vote for, “Just go with the person that aligns with your views the most and has the same ideologies in terms of how they want the world to be.”

Jones said that even if the outcome isn’t what you were hoping for, at least you can say, “They hear me, they see me.”

Whitney Kwentoh, also a member of FIA, wants students to know that it’s worth taking the time to vote, because there are amendments we’ll be voting on that directly affect people’s lives.

She said you shouldn’t let someone else make decisions for you that may end up making your life harder.

College Democrats made pamphlets to pass out that described all the things we’ll be voting on at the polls this November.

Potter said it can be harmful for people to go to the polls uninformed.

“It is very important to know who and what legislation is on your ballot,” Potter said. “It is more important to fully understand what the legislations mean and how they will impact you now and in the future.”