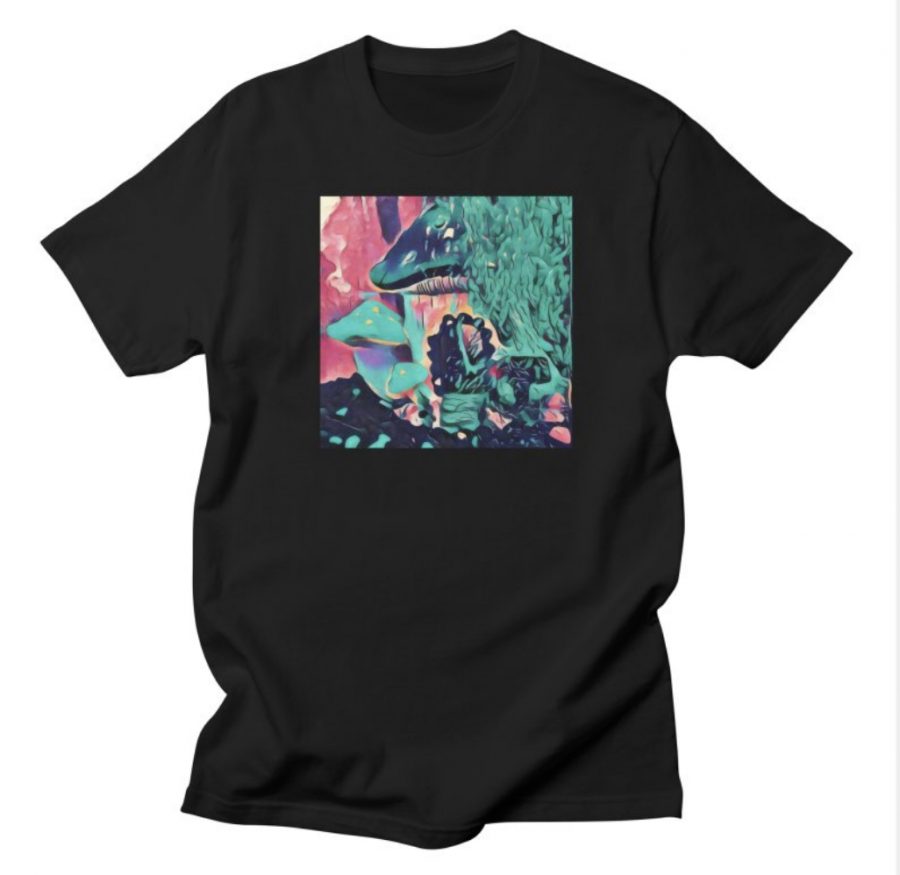 When Dare Gueydan’s workplace got a new program that could do his job for free, he was laid off. So, what did he do? He started his own graphic design company.

He didn’t always know he wanted to be a graphic designer, but he has always known he wanted to own a business. That’s why when he came to ULM, he decided to major in business administration.

But when he recently realized graphic design was what he wanted to do, it didn’t take him long to put a plan in motion and start a graphic design business, called DAREing Graphic Design.

Austin Hodges, a friend of Gueydan’s, said that, “Once he gets an idea in his mind that he’s passionate about, he runs with it and refuses to fail. Even if he does fail, he’s very resilient.”

Hodges is a member of the Kappa Alpha Order, a fraternity that Gueydan used to be a member of. He’s known him for two years, and said that his motivation and determination will lead to his success in running a business.

When Gueydan was young, he didn’t know about graphic design, but he got into photography when he started taking pictures on his smartphone. He loved his photos and began having prints made, and eventually started making prints of his abstract art as well.

Earlier this year, when the coronavirus pandemic took over and everybody was quarantining, he started learning graphic design on Adobe Cloud.

Just a couple of weeks ago, Gueydan sold his first t-shirt with one of his designs on it. That same week, he started selling some photos to Adobe Stock.

Now, he has a website for his business. Potential buyers can use it to see his past work, and his designs can also be purchased in the form of prints.

While Gueydan may have started his business quickly, he did not do it cluelessly. He was previously employed at Studio 9017 in West Monroe, where he learned photography skills. And he had guidance from great art professors, like Brian Fassett.

He was prepared to turn his passion into a career because of his experience in business school. ULM’s Louisiana Small Business Development Center helped him figure everything out and make his vision a reality.

For anyone who sees Gueydan’s art or visits his website, it’s obvious he draws inspiration from travel. A lot of his designs are based on photos he’s taken of landscapes and cityscapes from around the world.

He’s been to France, Spain, Mexico and all over the U.S. He started traveling when he was young on youth trips with his church, and he continues to do it just for fun.

“I like seeing everything work together at the same time,” Gueydan said. “Nothing makes sense but it all works together.”

Ryne Little, another friend from Kappa Alpha Order, said that it’s Gueydan’s passion for graphic design that will make him successful not only in business, but in everything he does.

And that’s a good thing, because Gueydan has big hopes for the future.

“I plan on having this company forever,” he said.

He wants to become skilled and successful enough in graphic design that he can one day afford to start a medical marijuana farm and open up a dispensary.

As someone with scoliosis who spent a lot of time at Shriners, a children’s hospital, he wants to be able to help other people who need it.

It’s clear that his generosity and concern for others is something that motivates him to succeed.

“Dare is a great person with a huge heart. He loves everyone and tries to be the best person he can be daily,” Little said.