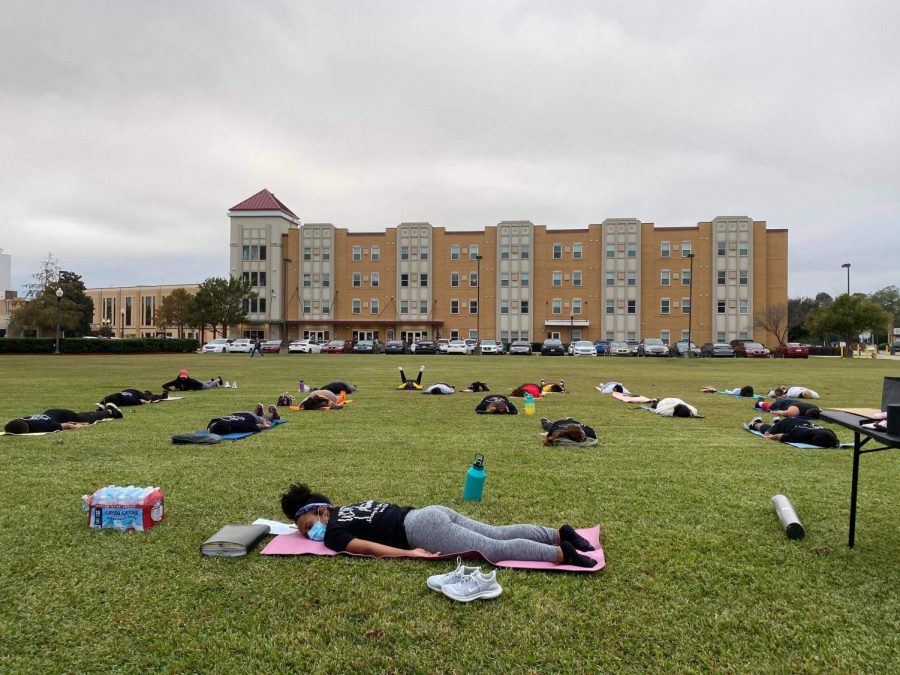 As college students amidst the pandemic, we are constantly under pressure from our academics, social obligations and financial responsibilities. The combination of these make it difficult to take time to unwind. This is why the Student National Pharmaceutical Association, as a part of the Project Keepsake, hosted Yoga in the Park. They hoped to provide a healthy way of stress relief for students.

The event attracted around ten to fifteen people, including both students and non-students. Those in attendance were also able to socially distance themselves as they stayed ten to fifteen feet away from the next person at all times. They all lay on their mats with the cool fall breeze flowing through their hair, if they have any.

Yoga in the Park was not only Project Keepsake’s first event for this semester, but it was also the yoga instructor’s, Jazmine Holloway, first time instructing a yoga class. Holloway did not seem like this was her first time being a yoga instructor. All her poses flowed like a calm river moving through a peaceful terrain.

Although the yoga session only lasted for an hour, it looked like a lot of stress was lifted off the shoulders of the participants as they all looked happy and energized while leaving Bayou Park.

Jazmine Holloway, a first-year pharmacy student, said that she was able to teach herself using videos from YouTube. She said that even though she was nervous throughout the class, she thought the it was a great experience.

“I think there is a lot of potential in this event and this could be a really big event where a lot of students can come to destress,” Holloway said. “I was impressed with the turnout today.”