Madden fans face off at tournament 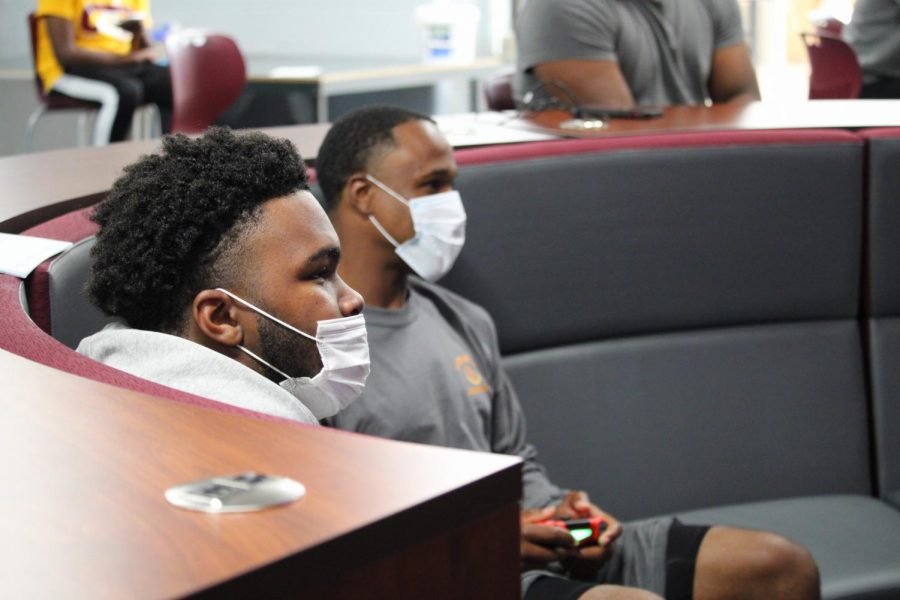 Starting at ULM, Michael Rollin never imagined he would be playing Madden NFL, a football video game, at a campus event. But he’s glad to have gotten the opportunity nonetheless.

“One thing I did not picture when I started school here is that I would be playing Madden for a campus activity,” Rollin said. “It’s a lot of fun to say the least. I just may want to practice more before the next event.”

The Campus Activities Board hosted a free Madden NFL tournament last Friday. Xbox and PlayStation players collided as they met up for an afternoon of nail-biting competition on the virtual gridiron. Students flocked to the Nest, hoping to reign supreme as they led their favorite football teams and players to victory.

Students showcased their competitive spirit and football IQs during this event. With the grand prize for each console being a choice of new controller or headset for the winner’s respective console, there was no reserve in the competition.

“It’s a lot of fun and it’s great getting to show off and see how the rest of ULM matches up skill-wise,” said Christian Cage, who competed in the PlayStation bracket.

Instead of simply setting up two consoles to a television, CAB took things to the next level by providing music and refreshments. Raising Canes catered the event so there were platters of chicken and fries for the competitors. CAB played music that fit the mood of the room, and they were quick to help with any concerns or work out any issues that arose.

The finalist matchup in the Xbox bracket took Madden NFL fans by surprise. Seth Mason diligently edged out Blake Lovelace in a defensive showdown that went to a fourth overtime. Mason’s Green Bay Packers got the 14-7 win over Lovelace’s Dallas Cowboys in a back and forth contest.

Henry Diaz, the graduate assistant for CAB,  said video game fanatics can look forward to more events like this in ULM’s future. He believes that the Madden NFL competition was the perfect utilization of the Activity Center and the Nest.

“With the success of this event, we certainly would love to host another one later in this semester or sometime in the spring,” Diaz said.