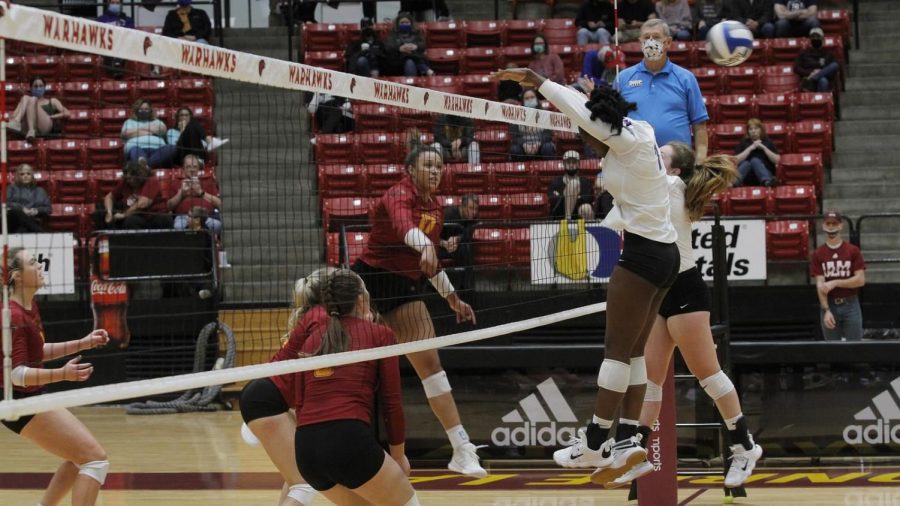 ULM’s volleyball team went up against Central Arkansas at Fant-Ewing Coliseum last weekend. Unfortunately for the Warhawks, their weekend started out sour as they lost three tight sets. The 1-3 UCA Sugar Bears won the three sets, 25-23, 25-21, and 25-20, respectfully.

The first set was the most competitive as it had a multi-lead change and a nail-biter near the end. During the set, neither the Warhawks nor the Sugar Bears could manage more than a three-point lead.

The Sugar Bears started out with a 3-0 lead, but ULM would slow down the match by marking the lead 8-5. ULM’s Cali Assaley took the front as UCA surged at 17-14.

For ULM’s head volleyball coach, Charlie Olson, this loss was not all doom and gloom, because he sees a bright future for the volleyball team.

“The best part of today’s match is that we can continue to build on this and finally move forward with a lineup we are comfortable with and competitive against,” Olson said. “We’re looking forward to the rematch on Sunday.”

Although, the volleyball team’s hands were on fire, UCA would cool them down by scoring the next six of the seven points to ushering a 20-18 advantage.

Karson Davis would then tie the set at 20-20, but the Sugar Bears would score four of the next five points leading 24-21.

The Warhawks would fight for the next two points making 24-23. Sadly, the Sugar Bears would keep their grasp on the lead and end the set at 25-24.

During the second set, Ina Gosen was determined to start out hot by helping an early 5-3 advantage.

Alas, for the Warhawks, UCA’s Sugar Bears would score the next four points to take a 7-5 lead.

The final set began with a tie at two each, but UCA would find their “on fire” button when taking a 6-2 lead.

ULM would score by ending the four points streak off of error and landing a kill by the hands of Emma McWhorter.

Woefully, UCA would expand their 6-4 lead by adding four more points making it 10-4.

The Warhawks would cut the gap to 13-10 with a service ace by McKinley Thiede. UCA would answer ULM by going on a 4-0 run, boosting the score to 17-10. ULM could not get closer than four points and allowed UCA to walk away with the set at 25-20.