‘I’m Thinking of Ending Things’: Does the film adaptation live up to the book? 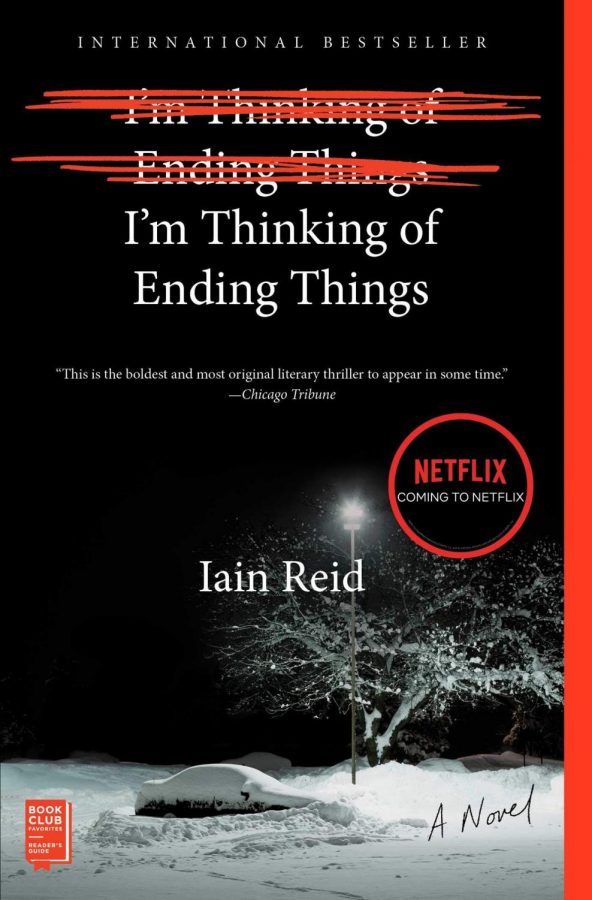 Iain Reid’s debut novel, “I’m Thinking of Ending Things,” is a testament to the abundant possibilities within the horror genre. Reid tells a complicated story through a simple plot. An unnamed female narrator is going on a road trip to visit her boyfriend Jake’s family. Throughout the trip, the girlfriend is contemplating breaking up with Jake while also dodging calls from an anonymous caller. The horror in “I’m Thinking of Ending Things” stems from the uncertainty of what is going on—You will be scared but you won’t quite know why.

After Reid’s novel was named NPR’s Best Book of 2016, a director and screenwriter, Charlie Kaufman, developed an interest in it. He quickly began adapting it into a script. The script was picked up by Netflix and released in 2020.

Kaufman’s adaption of “I’m Thinking of Ending Things” perfectly complements Reid’s book. To be immersed in this particular story, it is best to read and watch it. Otherwise, you will miss out on some of the most unique takes ever seen in horror history.

One of the creepiest things about Reid’s book is the anonymous caller. Most of the book takes place in the car. The girlfriend continuously keeps ignoring a call on her phone and flashes back to eerie voicemails she had received over the past few weeks. Sometimes, she only heard breathing. Other times, the caller left cryptic messages she couldn’t understand.

While Reid chose to focus on the calls, Kaufman chose to pull away from the caller and use visuals to his advantage. In both the book and the movie, the audience finds themselves uneasy once the couple reaches Jake’s parent’s farm. The girlfriend is anxious and confused around Jake’s parents because of their strange appearances and contradicting conversational pieces. You see into her thoughts as she becomes even more unsettled through the night. Something is wrong but neither the girlfriend nor you know what.

In the film adaptation, the girlfriend’s confusion is delivered visually instead of through her thoughts. One scene shows Jake’s parents old and in another they are young. Nothing adds up visually as things change from scene to scene. Neither the girlfriend nor the viewer knows what to believe.

Reid’s final chapter opens with the girlfriend locked in a school running from a janitor who she believes killed Jake. The point of view then begins switching between the girlfriend, Jake and the janitor yet all of their thoughts are the same. By the end, readers realize all three characters have been the same person the whole time. Jake is the girlfriend. Jake is the janitor.

Although viewers of the movie reach the same conclusion as Reid’s book, Kaufman tells Reid’s story through his own unique lens. In the movie, there are scenes of the janitor spliced throughout yet viewers don’t know what role he plays until the very end. In the book, the janitor does not become essential to the plot until the final chapters.

Both the book and the movie find ways to horrify their audience through the anxiety about what is unknown. Jake’s deteriorating mental state will be nightmare fuel for days whether you read or watch “I’m Thinking of Ending Things.”