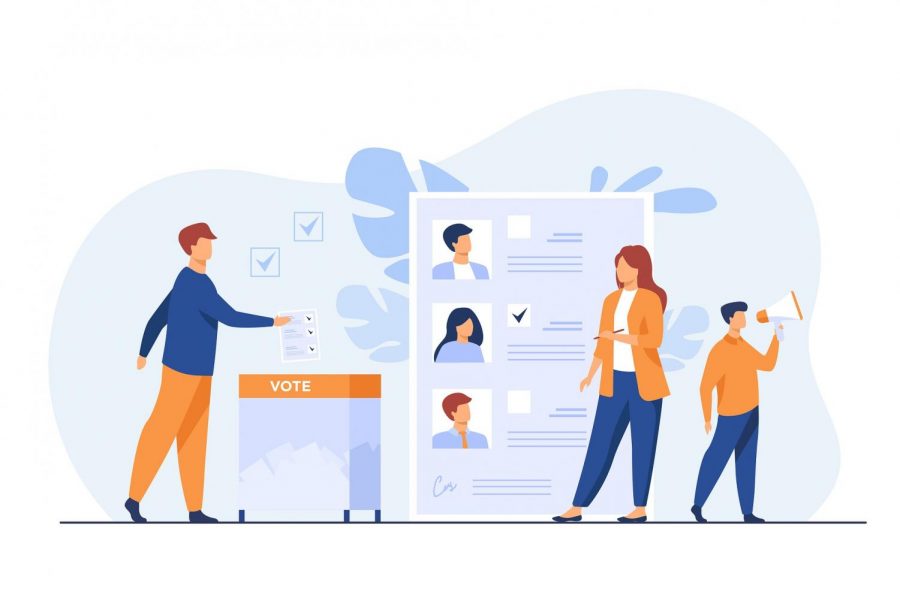 After a long, frustrating and at times confusing election, Joe Biden and Kamala Harris have been chosen as the next president and vice president of the United States.

Harris will be the first female, Black and South Asian American vice president.

Their victory was announced on the morning of Nov. 7 when Pennsylvania’s 20 electoral votes came in and pushed Biden past the 270 votes needed to win the race.

More people voted in this election than they have in over a century, according to the Washington Post. But of course, as with any election, the nation was and is divided over who they wanted to win.

Cameron Ott, president of the College Democrats, said that he expected Biden to win and feels like the country is taking a step in the right direction with this election. But, there is still much work to be done.

“A lot of promises have been made,” Ott said. “And now it is time for us to hold them to those promises.”

Although College Republicans disbanded last fall, freshman political science major Ethan Estis is currently working to put the organization back together. He said, on behalf of the organization, that the election results were not what they expected, but they wish Biden and Harris a successful term.

“Though we would have loved to have seen a Republican victory, we believe in people over politics,” Estis said. “We believe the future of this country is bright, democracy still stands.”

While most attention in presidential elections is focused on candidates from the Democratic and Republican parties, there are still third party candidates who gain enough popularity to get a lot of votes. Jo Jorgensen, the Libertarian nominee, had almost two million votes as of Nov. 7 despite not having any electoral votes.

Drew Basile, a freshman atmospheric science major, cast his vote for her. He said the two party voting system doesn’t represent all Americans.

“We’re stuck in this perpetual cycle of red vs. blue no matter the quality of candidates,” Basile said.

He said that our current voting system is precisely why there is so much division in America, and with over 300 million people in the country, it’s impossible for two people with completely opposite ideologies to represent everyone.

America can achieve so much more if we recognize and accept our differences and choose to work together,” Basile said. “The compromise has to start somewhere, and my decision was based on that principle.”

Similarly, Estis said that division in America is too prevalent and unity is important.

“Regardless of party, we are all Americans,” Estis said.  We shouldn’t identify by who we vote for, by what party we belong to, instead, we should discuss the future of this country, revamping our economy, and putting this virus behind us.”