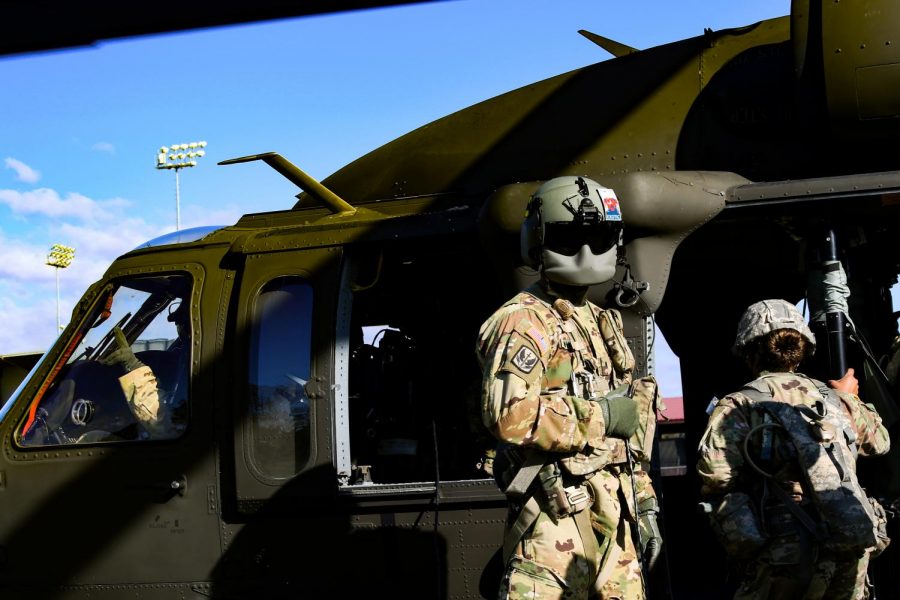 A Blackhawk helicopter landed in the grass behind Malone Stadium Friday morning. Then it flew away with eight ROTC cadets strapped inside and its blades loudly slicing through the air.

They headed to Fort Polk, La. for a military training weekend. ROTC cadets from all over the state participated in field exercises at Fort Polk over the weekend, according to first Lt. Alexandria Cooper. Then, they returned home.

The students involved in the helicopter ride were from ULM, Louisiana Tech and GSU.

Jones, who is in his second year of the ROTC program, said that the training weekend was designed to help the cadets perform better in the military once they have gotten their degrees.

“Once we complete our degree path, we will commission into the military,” Jones said. “We’ll be tactically proficient leaders in the military.”

The transport was directed by Cooper.

Although the helicopter was landing at ULM, Grambling State University was the host of the event.

It was the first time a Blackhawk landed on ULM’s campus to transport ROTC students to a training facility. And the Blackhawk is a “very special aircraft,” according to Cooper.

According to ULM’s website, you can take ROTC courses your freshman and sophomore years without any military obligation.

However, if you continue taking those courses your junior and senior years, you will be required to enter a contract with the United States Army.