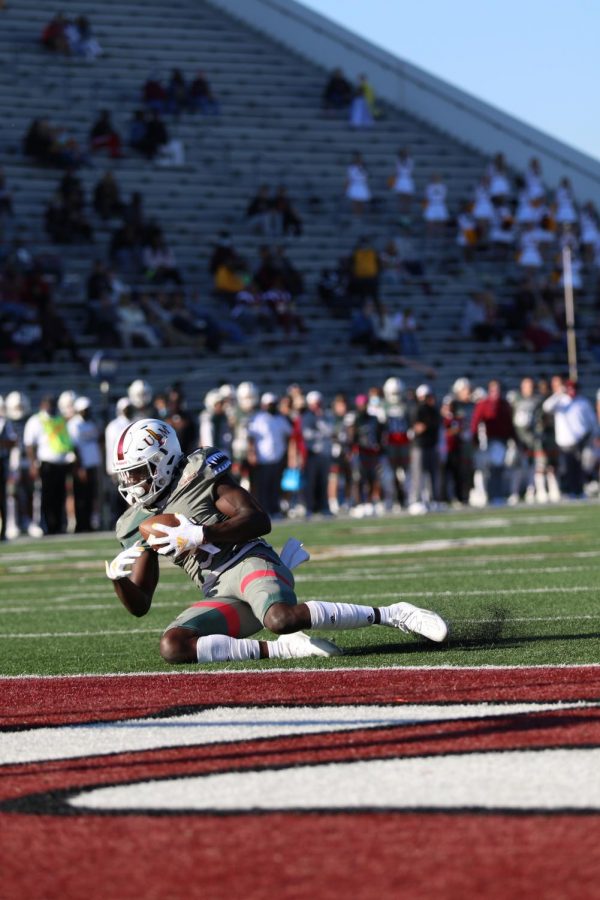 ULM football records its eighth loss of the season after falling to a Georgia State team that looked to redeem themselves after their embarrassing 51-0 shutout last week.

The final score from Atlanta was 52-34 and this is due to the Warhawks being down their top two running backs and having a slow start offensively. Also, Georgia State was very opportunistic with ULM’s turnovers.

The two issues that set the Warhawks back early on was unnecessary turnovers and a slow offense. Colby Suits would be pulled out for second string QB Jeremy Hunt after throwing an interception, losing a fumble and not completing a single pass.

The decision to bench the Sun Belt’s leading passer would not change the outcome of the game, but Hunt would complete 67% of his passes and throw for three touchdowns. He was not responsible for any turnovers.

Special teams have put the Warhawks out of contention in games all season, and this game was no different. A questionable decision to go for a live ball on a low line-drive punt would result in a fumble that gave Georgia State ideal field position that would soon result in a Panthers touchdown.

The Warhawks would become productive on offense after these initial mistakes put them down 21-0.

“Offensively, we settled in and moved it nicely, but you can’t not move it and be down 21-0 and then decide to move it,” Coach Matt Viator said. “It’s frustrating and I know it’s frustrating for the players. I think we continue to play really hard, compete really hard. It’s just not happening for us.”

Wide receiver Perry Carter Jr., who was responsible for losing a punt on special teams, would redeem himself with an excellent performance on offense. Carter would haul in four passes, two of which were touchdowns, for 124 yards with another touchdown coming off a jet sweep.

The defensive side of the game showed the contrast between the two teams. Georgia State was able to bring pressure in the pocket and created six sacks as well as three additional tackles for a loss.

On the opposite, the Warhawks only got four tackles behind the line and did not record a single sack. Linebacker Traveion Webster would once again lead the Warhawks in tackles as him and fellow LB Hunter Smith recorded 11 tackles each.

The factors moving on to Arkansas State are how quickly the two injured RB’s return, and the coaching decision on if Suits should continue starting or should Hunt be given the opportunity.