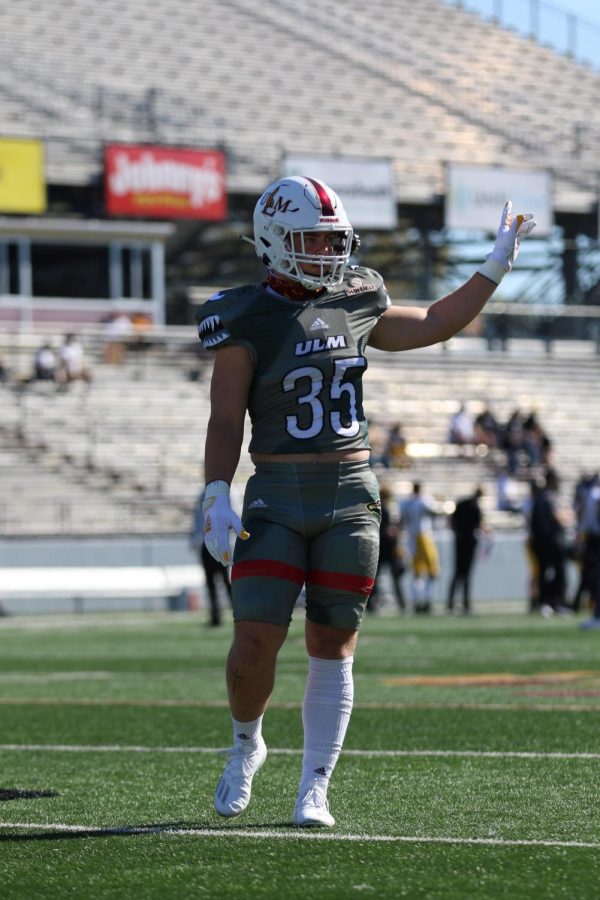 While all sides of the ball struggled, many offensive woes can be attributed to bad special teams plays pitting the ULM offense against a much larger field, while the Mountaineers were able to get favorable starts to their drives.

The first half was full of opportunities that were squandered on both sides of the ball. An early interception snagged by the Warhawks’ defensive back Josh Newton looked to swing the momentum in favor of ULM. Despite Newton’s excellent pick and return, the offense could not get into scoring range and was forced to punt. The defense needs to get better at preventing chunk plays that have killed the team all season long.

ULM’s defense struggled to keep up with Mountaineer quarter back Zac Thomas and his dual threat style of play. Thomas would account for over 100 yards in both the rushing and passing category. He alone would finish with higher passing and rushing numbers than the entire Warhawks’ offense.

Another telling point was the difference in penalties. ULM was guilty of most of the penalties in the game, including a sequence of two back-to-back defensive pass interference calls for a total of 30 yards.

Both Colby Suits and Jeremy Hunt would see play time as QB. Suits would play the majority of the first half before Coach Matt Viator would send in Hunt. Neither QB would see a productive day. Suits would account for the lone touchdown pass, while having only 134 passing yards and an interception. Hunt would struggle, posting two interceptions and only completing three of nine passes.

Running back Josh Johnson saw very limited play time due to an injury sustained early in the first quarter of play. The ground game would suffer tremendously as a result.  Isaia Phillips would carry much of the load in Johnson’s absence, accumulating 41 yards on 11 carries.

Coach Viator commented that he was “very disappointed” in Johnson’s injury, and he felt that the game would have been different had he not suffered an injury after “an amazing week of practice.”