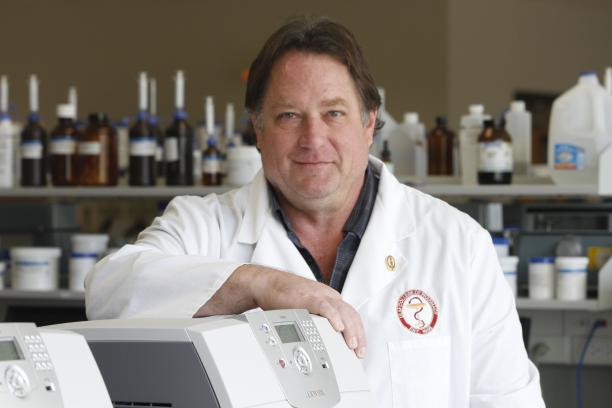 Paul Sylvester began studying cancer in graduate school and his research is still going strong. In fact, he just received a $10,000 grant from the Louisiana Cancer Foundation.

The LCF has been supporting Sylvester’s research since 2005. James Adams, the executive director of the Northeast Louisiana Cancer Institute and LCF, said the foundation board was looking for a way to support cancer research at the time, and that’s how they ended up finding Sylvester.

“We initially met Dr. Paul Sylvester and were immediately impressed with his research using tocotrienols for breast cancer prevention and treatment,” Adams said.

Tocotrienols are a type of Vitamin E. Sylvester’s research focuses on the relationship between tocotrienols and breast cancer.

This is because when he first began studying cancer, he was studying the relationship between nutrition and cancer.

He knew that the consumption of high fats was something that caused breast cancer development and growth, so that’s where he started.

According to Sylvester, reviewers of his research asked if it mattered whether the fat was saturated or unsaturated, vegetable or animal.

That led to more experiments and the discovery that palm oil was the only type of tested oil that didn’t cause tumor development.

It was also the only type of oil containing tocotrienol. When they extracted the substance and tested the palm oil without it, it caused tumor development just like all the other oils.

“Subsequent studies have shown that combined treatment of tocotrienol with other traditional chemotherapies often results in a synergistic inhibition in cancer cell growth and viability,” Sylvester said.

Sylvester joined the College of Pharmacy in 1998 and has maintained grants from the National Cancer Institute at NIH, American Cancer Society, American Institute of Cancer Research and First Tech International Ltd., among others.

He has also authored 145 peer-reviewed research publications, 22 book chapters, and has given more than 162 talks at national and international scientific conferences.