Warhawks learn to pivot, not panic in workshop 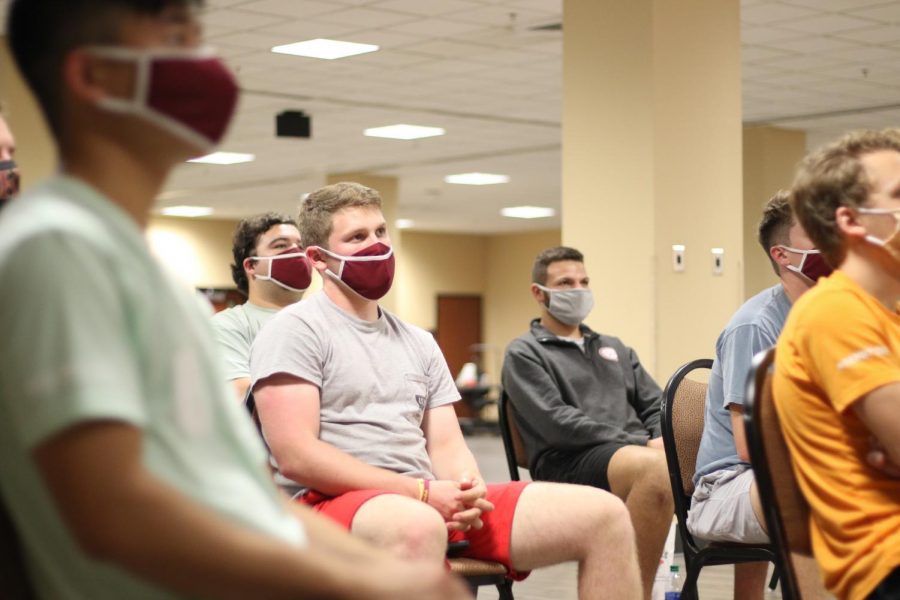 As 2019 came to a close, Raven Turner was hopeful that she would accomplish her goals the next year. Little did she know what 2020 had in store for her or for the rest of the world.

Turner watched as the country suddenly shut down in response to coronavirus. Stores, schools, jobs all changed in the blink of an eye.

“When I saw all these things shutting down, I did too,” Turner said.

As part of the Campus Activities Board’s leadership workshop series, Turner visited ULM to speak on how students can keep track of their long-term goals despite challenges—Even ones as great as the coronavirus pandemic.

“Her whole message was extremely eye-opening and is a great reminder to all of us who have been impacted by this pandemic that we still control our destiny,” Moses said.

In addition to personal anecdotes, Turner also used stories of celebrities. One of them was that of  the legendary work ethic of the late Kobe Bryant. Turner’s down to earth approach appeared to speak volumes to the audience.

Aakriti Pant, junior risk management major, said it was the way Turner related to college students that made her speech impactful for her.

“[Turner] was an excellent speaker. I truly felt that her message reached the audience,” Pant said. “She did not talk like she was above us but she talked as though she had been in our shoes before.”

During her speech, Turner laid out the four principles she believes people should follow to be successful in any endeavor they put their mind to. The first principle she covered was the importance of competition.

“You’ve got to wake up every single day and compete,” Turner said. “Your biggest competition is the person that you see on the other side of the mirror.”

Turner said she went off track during quarantine, because she did not compete with herself.

“There are thousands of people in this world who want to be where you want to be,” Turner said. “How can you separate yourself from the rest?”

The next principle Turner explained was vision. She asked students to visualize where they wanted to be in 2021 and to consider which steps they would need to take to get there. Turner recommended creating a vision board to focus your goals.

“When you write something down and you visually see it, you have a greater chance of actually completing the goal,” Turner said.

After talking on the topic of perspective, Turner closed with what was arguably her strongest point: Mental momentum. She described mental momentum as doing the small steps correctly and efficiently to not become fearful of your long-term goals.