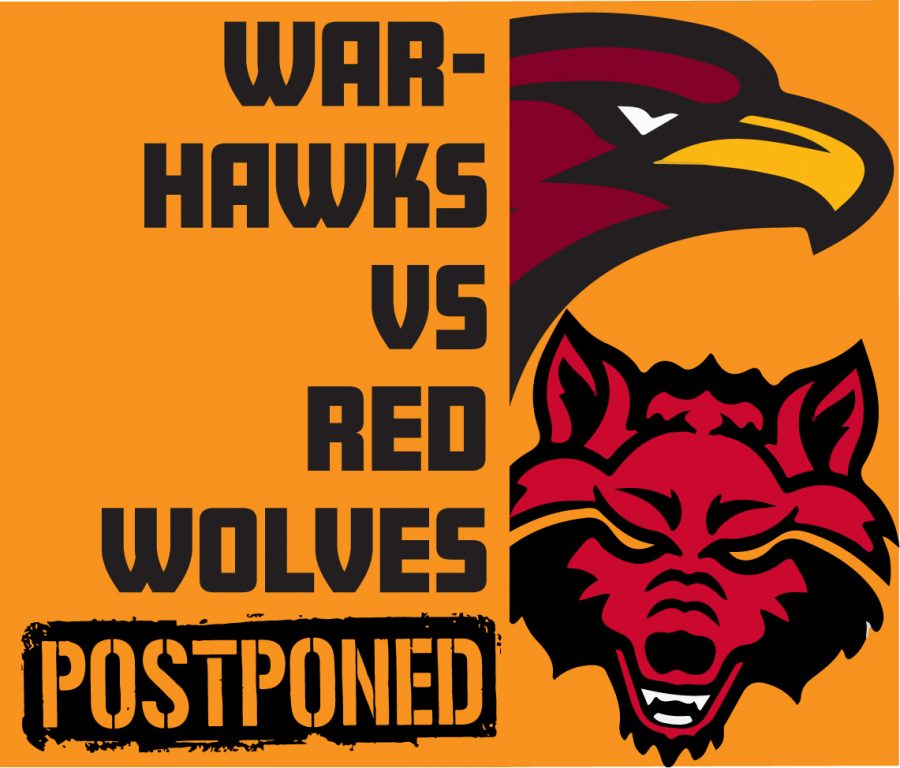 As the nation sees a surge in COVID-19 cases, the effects are being felt everywhere, and the world of college football is no exception. ULM’s game against Sun Belt rival Arkansas State has been postponed until Dec. 12 due to several athletes receiving positive coronavirus tests.

“Our number one priority remains fostering a safe campus environment for our student-athletes, coaches and administrators, and it became apparent that the team wouldn’t be able to safely resume practice in time to prepare for Saturday’s game,” Athletics Director Scott McDonald said.

This is not ULM’s first encounter with COVID-19 this season. Team activities were shut down mere weeks before their season opener against Army West Point. However, the game was still played as scheduled.

Depending on how the affected players recover and how soon they were effectively quarantined could determine if the rivalry game against Louisiana Tech is played next weekend.

While much of college football has had to make adjustments to counter the global pandemic, ULM football has been able to put together a full schedule of games, being one of only four teams in the nation to do so. ULM’s game against Arkansas State is one of 15 Division I football games to be postponed, rescheduled or cancelled according to the NCAA. High profile games such as Alabama vs LSU, Cal vs Arizona State and conference rivals Costal Carolina vs Troy all have been postponed due COVID-19 spikes in their respective programs.

A silver lining in all of this is that it will give additional rest and recovery time to injured players on the roster, particularly the injury ridden running back position which has lost its first and second string running backs, Josh Johnson and Isiah Phillips, over the past two games.