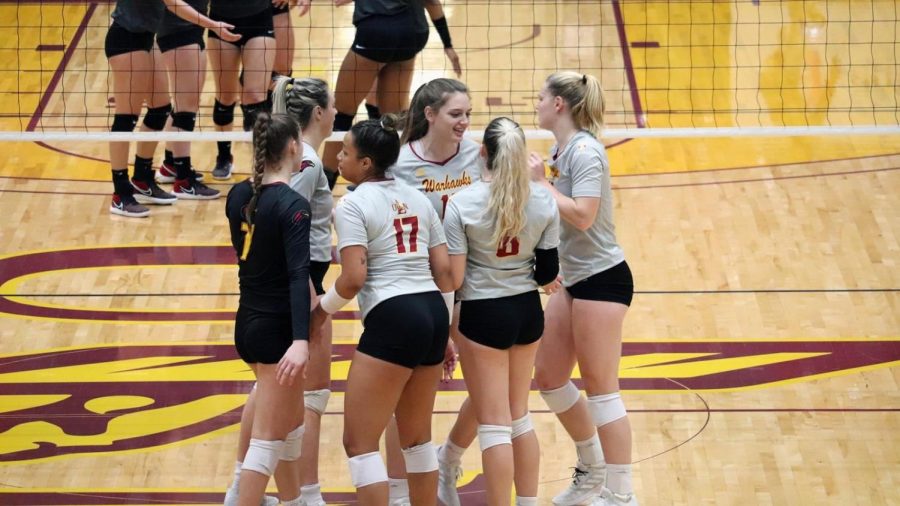 The ULM volleyball team had a good start Saturday, winning the first set of the game, but it wasn’t enough as Little Rock won the final three sets, 3-1, at Fant-Ewing Coliseum.

Charlie Olson, volleyball head coach, said that this game against Little Rock wasn’t a bad finish to the season.

“It wasn’t the storybook ending by any means, but we played very good volleyball,” Olson said. “We’ve worked on some things over these past few weeks and we finally saw them come together.”

Warhawks used a 5-0 run to take an early 7-3 lead on junior Cali Assaley. Within a point three different times, the Trojans pulled, including at 10-9. However, ULM pushed the lead back to three on a kill from senior Alix Christie and service ace by Assaley. Little Rock and ULM battled until the Trojans made another push to cut the gap to 17-16.

After a timeout, the Warhawks scored eight of the final 10 points to win the first set, 25-18. But that win wouldn’t come to fruition.

During the second set, Little Rock came out on top, building an 11-6 lead. ULM then scored three straight points, including a block assist and kill from sophomore Kathryn Raschilla and Christie to cut the deficit 11-9. Eventually, the Trojans regained a five-point lead at 15-10 and maintained that lead until they led the game 21-16.

In the last two sets, ULM took the lead only to be taken down by Little Rock again. No matter how far ahead the Warhawks got, the Trojans caught up.

Assaley led ULM with a 15-kill, 12-dig double-double, and sophomore Madeline Hogan achieved a career-high 32 digs. In the end, Little Rock hit .205 in the math and ULM hit .110.

“I’m so proud of our team for continuing to fight, especially after the morning match yesterday,” Olson said. “Most teams would throw in the towel, but after the match today we’ve already closed this chapter and began talking about the conference tournament.”

The Warhawks will play again on Nov. 18 at the Sun Belt Conference Championships at the Foley Sports Complex.