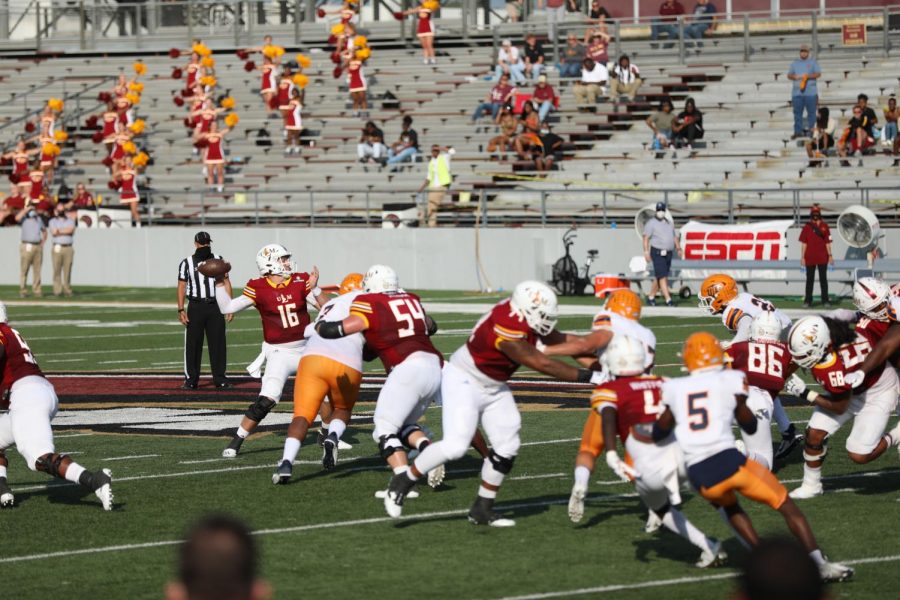 The 2020 season of ULM football was perhaps the worst season in the history of the university. ULM held the nation’s worst record at 0-10, with some terrible statistics to boot. The Warhawks gave up over 30 points in every match up this season, with a season high of 70 allowed to rival Louisiana-Lafayette.

The team failed to hold a lead at any point this season, with the closest loss coming during homecoming against Georgia Southern 30-35. The point differential was another lopsided stat, with the Warhawks being outscored 420-163 on the season.

ESPN featured ULM Football on their “Bottom Ten” list, looking at the worst teams in college football with the Warhawks being listed as their worst team in the country for the final release.

Understandably, the ULM Athletics Department decided that it is time to move on from Coach Matt Viator who failed to rekindle the success he held at McNeese State. In his dismissal, ULM secured the services of Coach Terry Bowden—A seasoned, but more importantly, accomplished football coach.

“Although the timing just wasn’t quite right, I did remember feeling that with my success at places like this, and my desire to get back down South to a college town very much like Auburn and Clemson, that this was a perfect place for me to be,” said Bowden in his inaugural press conference. “I felt then that I was the best guy they could find to build a winner at ULM and I still do.”

Bowden has seen his share of success in his career as a coach. His most impressive season being his Division I debut, where he led Auburn to a perfect 11-0 season, becoming the first head coach to have an undefeated season in their Division I debut.

Bowden was nominated and awarded various Coach of the Year awards, including the prestigious Bear Bryant Coach of the Year in his debut season. After his time at Auburn, he took an 11-year hiatus and spent time as a broadcaster and analyst. In his return to coaching, he has brought winning seasons and bowl appearances to North Alabama and Akron.

“It doesn’t get worse than last season, but his record speaks for itself, it would be a shock to me if we don’t see improvement next season,” Ratliff said.

Hanna Flynn, a freshman construction management major, is excited to see what Bowden can do for the Warhawks.

“It will be exciting to see the new opportunities Coach Bowden can offer our football team,” Flynn said. “I think ULM has great potential and this will be a good year for football.”

ULM has viewed Bowden as a candidate since as far back as 2015.

Bowden made many of his plans for this offseason known in his first press conference. He said his first goal is to “re-recruit our players to our style of football.” He, like the players and fans of ULM football, wants to look past the abysmal season and work toward getting players to buy into his changes and improvements.

Bowden also said he wants to “create an exciting offense to bring fans to the stadium.” Fan attendance has been another low point, even before COVID-19 regulations and limitations.

Bowden has high expectations for himself and his team, as he looks to create a culture around football that this school has not seen in decades.

The last time Warhawk football had a winning season was in 2012, and they have not had back-to-back winning seasons since 1992-1993. With a young team striving to erase the failure of last season, this could be a historic season for ULM football.