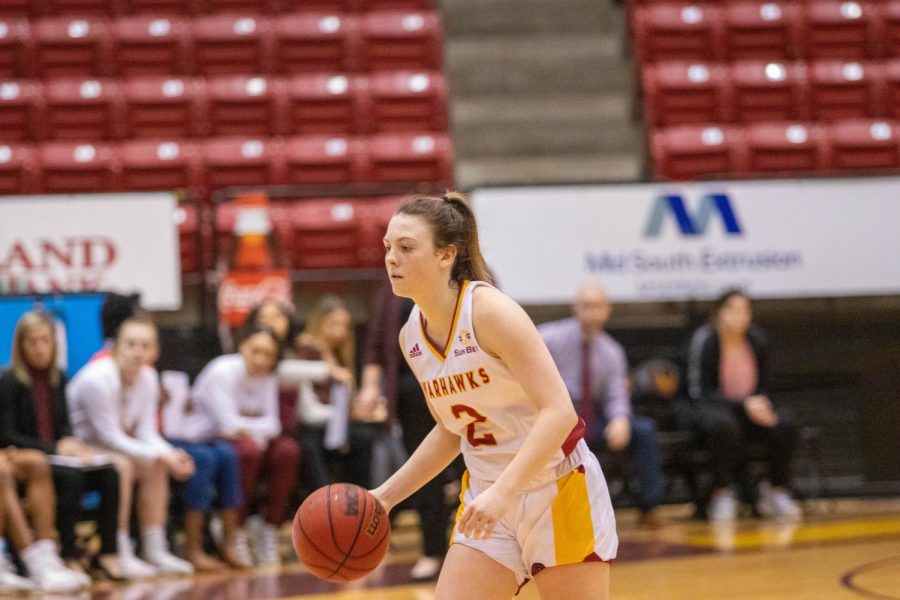 ULM women’s basketball had two major losses to Texas-Arlington to start Sun Belt play. The Lady Warhawks drop to 2-6 on the season after the meeting against the Lady Mavericks and only scoring 37 points in both games.

The Lady Warhawks were held to a season low in back-to-back outings, while UTA would put up 82 and 61 in their respective games. The strong defense of the Lady Mavericks is shown in the box score, with the Lady Warhawks held to 15 and 11 in the second halves of their two games.

UTA excelled where the Lady Warhawks struggled. While not exceptional, the Lady Mavericks were able to knock down their three-pointers. Through two games, ULM would make one shot from beyond the arc on 27 attempts.

Senior Diamond Brooks led the team in scoring in the first game with 10. Kierra Brimzly led the team in scoring in game two, where the junior guard from Natchitoches had 16. Senior forward Kierra Crockett had two big nights on the glass. She would grab 8 rebounds to go with 6 points in their first game, and she secured 15 rebounds and 8 points in the second game of the series.

The defense of ULM seemed to be lackluster, as each night they allowed a Lady Maverick to score a career high. In game one, junior guard Terryn Milton would score a career high 24, while four of her teammates joined her in the double-digit scoring column. The next night, senior forward Bre Wickware would have 25 points and 11 rebounds as her team once again got the decisive victory.

The Lady Warhawks have sat winless for nearly a month, with their last victory coming against in-state rival Northwestern State. Conference play continues Friday, Jan. 15 as they host the Arkansas State Red Wolves. ULM will be put to the test, as the visiting Red Wolves are white hot, with just one loss as they ride a seven-game win streak with all but one win coming by at least 10 points.