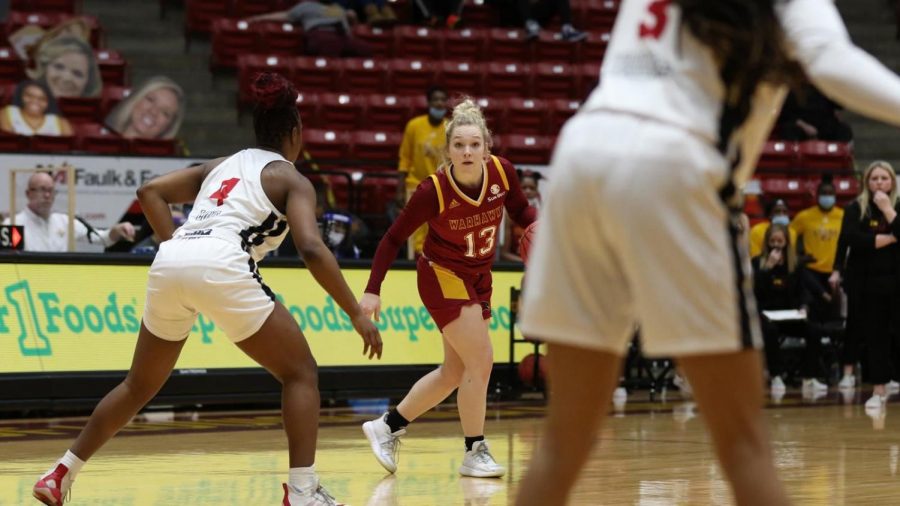 ULM Women’s Basketball failed to fight off rallies from Arkansas State, who increased their conference record to 5-0.

After the first matchup of the series, ULM Head Coach Donald  Williams stated “We executed well on both ends of the floor and controlled the tempo in the first three quarters. Turnovers and fouls hurt us in the fourth.” This came after the Warhawks had as much as a 34-27 lead on their conference rivals before falling 64-50.

Playing close with the leader of the conference is something Coach Williams views as a positive, stating, “We’re proud of our effort,” before going on to mention the need for improvement. “We have obviously got to address some of our scoring droughts,” Williams said. “Some of that is fatigue and some of that is lack of movement. We’re going to look at that and put everybody in a better position.”

Injuries haunted the Hawks in the first outing, and their absense was felt in game two.  Sophomore guard Gara Beth Self and Freshman guard Kyren Whittington would both go down with injuries as the Warhawks were finding their stride.

Even with injuries to key players, the Warhawks stepped up and slowed down a Red Wolves offense averaging 79  points per game. The offense would stagnate more as the team was stretched thinner, with their second outing cumilating in a 59-44 loss.

Shooting from beyond the arc would once again be a detriment to this Warhawks team, which shot a lowly 18% compared to a stellar 36% preformance by Arkansas State through two games.

Coach Williams would comment at the end of the second game, thanking the Warhawk faithful who showed up for this pivotal matchup.

“We are so appreciative of the fans on Friday night and today,” Williams said. “What a great atmosphere that our fans are creating.”