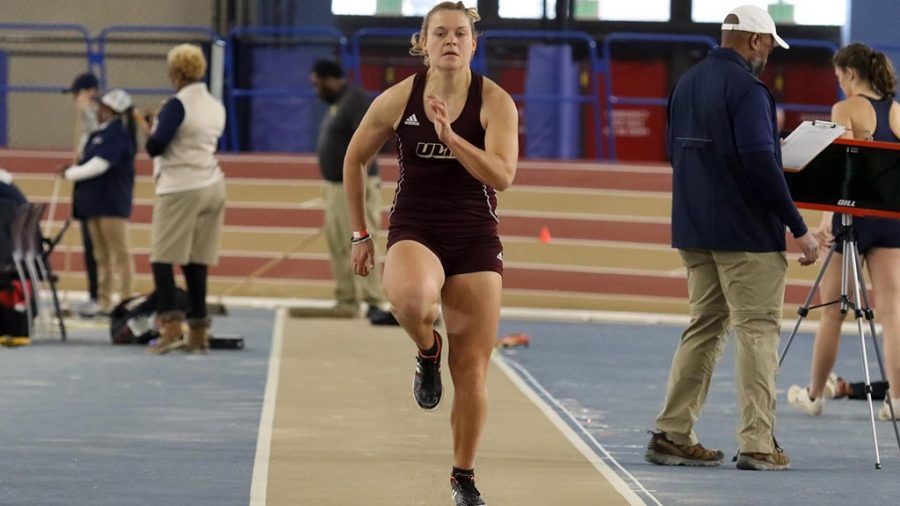 ULM track and field sent a trio of athletes to compete in the Samford Invitational. Two men, junior Grant Girtman and junior Darryl Givens, along with Rebekka Schubert attended to represent and compete for their school.

Girtman and Givens competed in a heptathlon comprised of a 60-meter dash, long jump, shot put, high jump, 60-meter hurdles, pole vault and a 1000-meter run. The meet was the first heptathlon for both men. In the shotput event, Givens had a 13.00 m performance, which was second out of all competitors. Givens would also finish fourth in the high jump with a 1.80 m jump. He finished ninth overall out of 16 competitors, collecting 4304 points.

Girtman would place top 3 in two events. His 60-meter dash was third at the meet with a time of 7.21 seconds. His pole vault was also third best overall with a distance of 4.20 m. For the event, Girtman finished thirteenth with 4031 points. South Alabama’s Ariel Atias took first overall, finishing first in the shot put, high jump and pole vault, collecting 5172 points.

Schubert had the best overall performance out of all the attending Warhawks. The women’s event was a pentathlon comprised of 60 meter hurdles, a high jump, shot put, long jump, and an 800-meter dash.

The junior from Germany took fourth place in her sixth collegiate pentathlon, accumulating 3357 points. Her 60-meter hurdle was fifth overall at 9.31 seconds and, her long jump was second at 5.41 m.

Track and field will return on Jan. 29 as they travel back down to Baton Rouge for the LSU Louisiana Invitational.