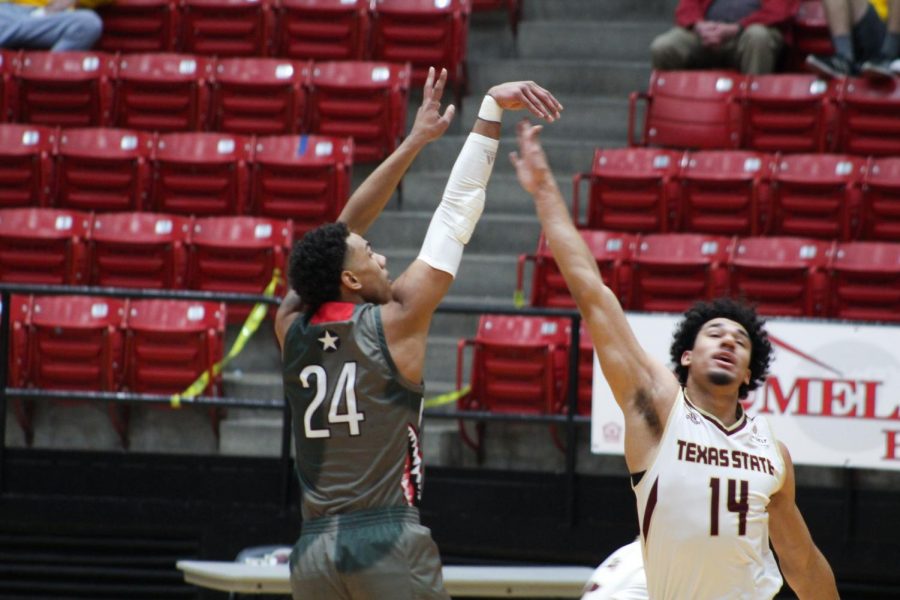 ULM men’s basketball had two games fall just out of reach as they hosted Texas State in Fant-Ewing. The Warhawks looked to take controlling leads in each game with a barrage of three-point shots. However, their cold nights shooting allowed the visiting Bobcats to take a lead and leave with wins.

The Warhawks struggled offensively against the 2-3 zone of the Bobcats. Interior play was eliminated for most of the game and their three-point shooting was not efficient enough to turn the tide.  On the other end of the court, the Bobcats shot effectively. They had 40% and 50% shooting from beyond the arc in respective games.

On paper, there is no reason the Warhawks should not have high rebounding numbers every night. Not many of their opponents have players the size of ULM’s towering bigs. In neither game, the three bigs, freshman forward Thomas Howell, sophomore Luke Phillips and senior Chris Efretuei, failed to have a collective 10 rebounds.

The leading scorer for ULM in both games came off the bench. Junior guard Marco Morency came in and logged 18 points and six rebounds in 28 minutes to keep the game close. In the second outing, it was the junior guard Russell Harrison who scored 21 and collected six rebounds.

Texas State’ Isiah Small was the main scorer for the Bobcats in both games, and the defensive adjustments between the games were not enough to stop him. He finished this two game series with 35 total points and 14 rebounds.

The Warhawks have some questions to answer for themselves moving forward. Efretuei and junior guard Koreem Ozier were the only players to start in both games. Shuffling lineups have been commonplace all season long.  The upcoming matchup with University of Arkansas-Little Rock will be telling as the Trojans sit just two games behind first place within the Sun Belt Western Conference.