ULM fails to close out in Ark. 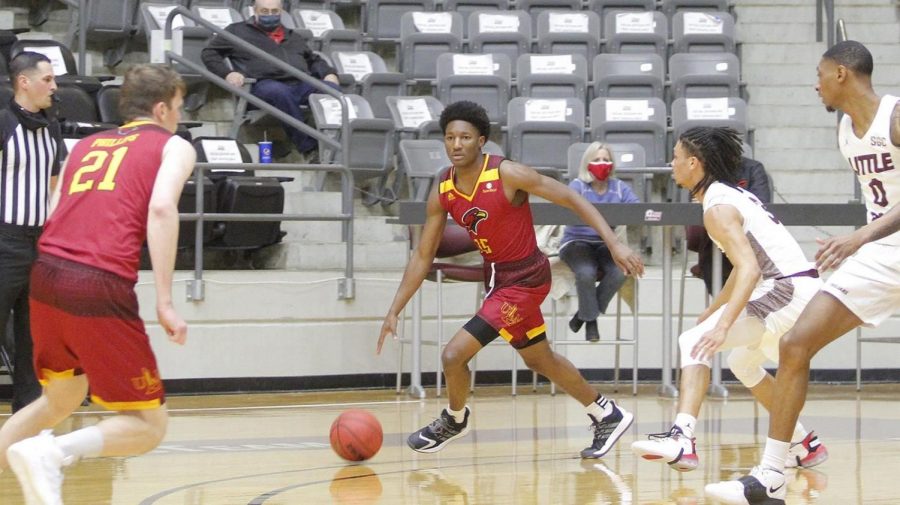 ULM lost both of their meetings with the University of Little Rock after playing close to their opponent for most of the game.

After losing 62-66 in the first meeting, coach Keith Richard said “I’m sick about it because they did almost everything right to win that game, but the game is 40 minutes, and you’ve got to finish it out.”

The Warhawks hope to end their eight-game drought against UT-Arlington, the team who started their losing streak., next weekend

Tied 62-62, it would be Little Rock’s Nikola Maric who would take the game-changing basket with just 19 seconds left. He would accumulate 17 points and nine rebounds for the Trojans that night. Certain miscues prevented the Warhawks from having this game put away at this point. They were outrebounded by 10. Junior guard Koreem Ozier lead the team in scoring with 19, but he also had six turnovers that allowed the Trojans to stay alive and steal the game.

Their second encounter would be similar to the first. Monroe trailed by just three going into halftime. The Trojans showed a greater sense of urgency and won by a 16-point margin 65-49.

Foul trouble kept the Warhawks from being aggressive in their second matchup. Ozier was second in scoring with 12, but picked up four fouls. Sophomore Luke Phillips had 10 points and seven rebounds but earned three fouls. Freshman forward Thomas Howell picked up four fouls in just 11 minutes of play, keeping him from seeing action.

With more disciplined defense and a stronger final push, the Warhawks could have left Arkansas with two more wins moving forward.