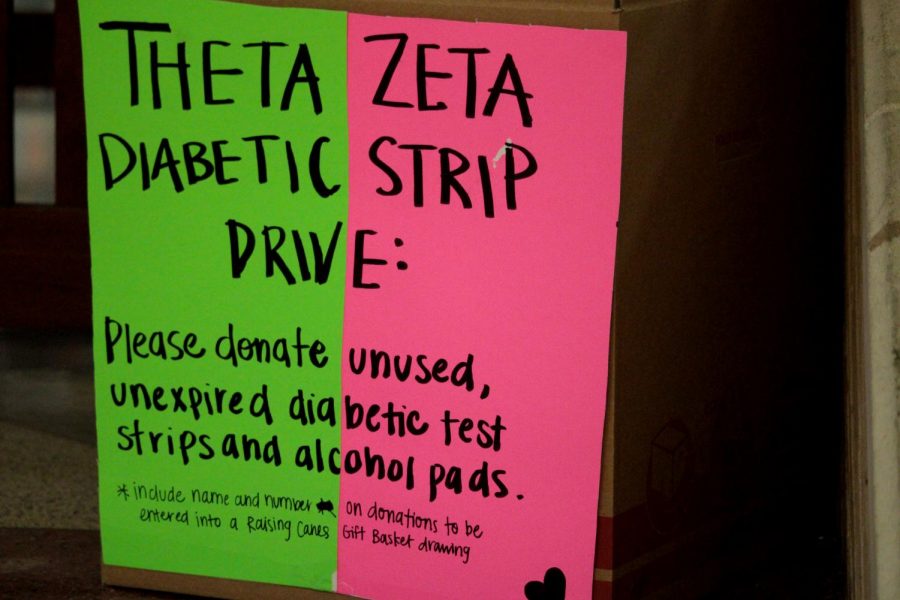 Have you ever wondered what happens to diabetic test strips that go unused?

Blair Guillory, founder of Freshe Environment, has. That’s why he collects unused and unexpired strips and donates them to those who can’t afford them.

This drive was meant to spread awareness of how countless diabetes strips are needlessly recycled. These strips are often unused and months away from expiring. The goal is to provide healthier lifestyles to diabetic communities, especially those who can’t afford strips.

Guillory thought of the drive as donations at Monroe’s St. Vincent de Paul Community Pharmacy skyrocketed. He had been planning this event since Dec. 2020.

“More product means more people can be helped,” Guillory said. “It was also my idea to reach out to Theta Zeta [and] many other organizations on campus to help spread the word.”

Guillory and Jones believed the drive was essential for students to donate for the benefit of minority groups and those less fortunate.

According to a 2019 study from State of Childhood Obesity, eight of the top 10 states with the highest diabetes rate are southern—Louisiana ranked ninth.