Just out of reach: ULM drops both games against UTA 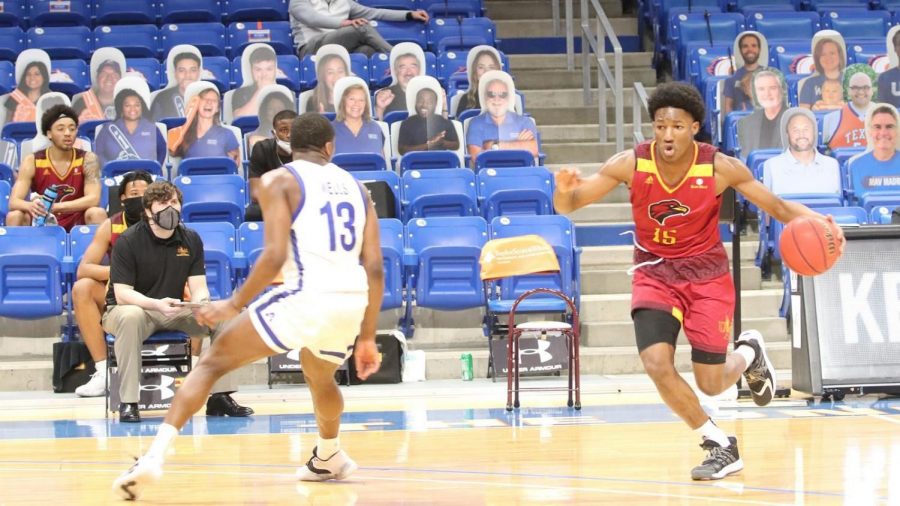 Men’s basketball sees their losing streak extend to 10 after two-late game surges from Texas-Arlington. The Warhawks kept the game within three points late in both games before the Mavericks were able to put the games on ice and sweep the Warhawks on the season.

Turnovers, issues rebounding and bad shooting through both nights are areas that costed the Warhawks two winnable games and must be fixed to beat the white-hot Louisiana-Lafayette Ragin’ Cajuns next week.

Coach Keith Richard noted many of the team’s mistakes in the second half after his team held a six-point lead at halftime. Richard said “We really did a poor job of driving and making good decisions with the basketball.” The team struggled against UTA’s match-up zone and the Mavericks were able to create 11 turnovers in game one as they took a 63-56 win.

Senior guard Josh Nicholas helped keep the game close with his 15 points off the bench while leading the team in shooting percentage at 5-9 total and going 2-3 from beyond the arc. Russell Harrison was the team’s secondary leader in points and rebounds, but he accounted for one-third of the team’s 18 turnovers. Senior center Chris Efretuei had eight points, a season high seven rebounds, and a pair of blocks. Even with the Warhawks having a +9 differential in rebounding, it was not enough to win the game.

Their second meeting was decided by six points with ULM falling 52-58. Harrison had a 12 point, 10 rebound double-double but shot a poor 4-16 from the field with six of those misses coming off of three-point shots. Freshman forward Thomas Howell scored 10 on 5-5 shooting in just 17 minutes of play. Both teams had late game scoreless stretches. The Warhawks hit a three to end their drought to bring it within two, but the Mavericks soon started hitting shots as well.

Bad rebounding efforts by ULM sealed the  game as  they had no choice but to foul within the final minute of play. Nicholas would foul out in a last ditch effort to save the game, but it would be in vain.