Bowden: ‘We must be all in’ 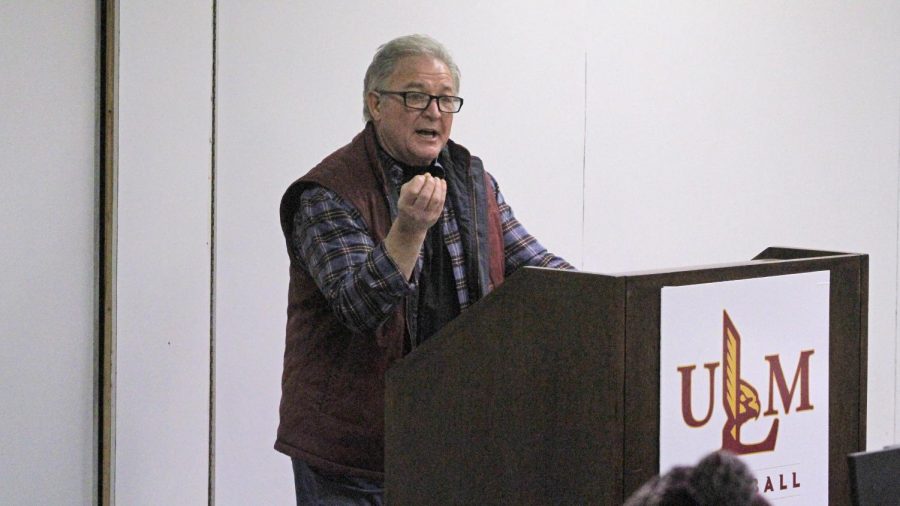 ULM turned heads in the world of college football with the acquisition of Terry Bowden. In an interview with the Hawkeye, the 1993 Coach of the Year spoke at length on the future of his vision of this ULM football  program.

Bowden wants to get fans and players alike bought into this team before the season starts. “We must be all in.” Bowden said. “The team is not just about our players, it’s about our students, faculty, and alumni, we must be part of the success and not the problem.” Bowden in his decades of experience has seen the difference a loyal following can make and he wants to gain that before the team’s first contest. Bowden said, “If you wait until the first win, it may not come.”

While turning around a losing team is a daunting task, it is one Bowden has undertaken before. Of the six teams he has been a head coach of, five were losing teams upon his arrival. At each of these teams, he was able to create winning seasons and take them to postseason play. His coaching staff is already hard at work implementing their schemes among the players in search of those who will thrive under the new system.

“Every player in the locker room has a clean slate now” coach said as part of the importance of finding the best members of the program.

Bowden was born into a football family. His father Bobby Bowden had a legendary career at Florida State, winning two national titles. His brother, Tommy Bowden, had a successful career as well. He owes much of his coaching philosophy and knowledge to his father. His recent stint at Clemson as a graduate assistant was something he feels will help his time at ULM, stating that coach Dabo Swinney has reaffirmed him on much of what he has done and believed in in his coaching career.

In the modern era, the phrase “Defense wins championships” does not hold as much truth as it once did. Bowden allured to Alabama’s Nick Saban, quoting him by saying. “now it’s defense as much as offense that wins championships.” For Bowden, it revolves around the quarterback position. With returning QBs Colby Suits and Jeremy Hunt and the addition of Rhett Rodriquez, son of offensive coordinator Rich Rodriquez, there will be plenty of options moving into next season.

The culture of the school and city are important to coaches. With high schools in the area having amazing athletic programs like West Monroe, Ouachita and Rayville, the interest is there. Bowden sees Monroe as “a southern football town dying for good college football.”  With a stacked coaching staff and a team ready to change their image, the Bowden era of ULM football can become one of the program’s most sucessful eras.