Softball splits games in Best on the Bayou Classic 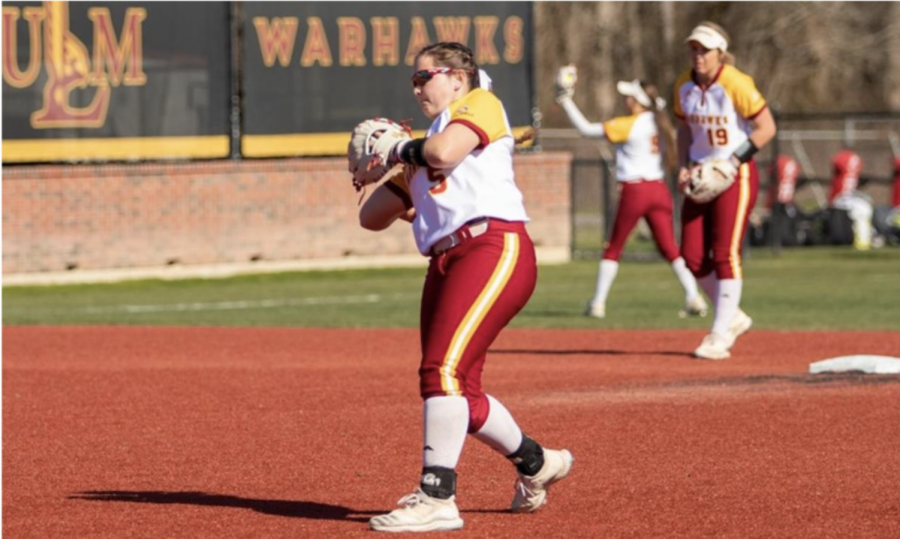 ULM softball started their season by hosting the Best on the Bayou Classic. The Warhawks took part in a game with local rival Louisiana Tech and another against Jacksonville State last weekend. ULM was originally slated to play four games, but all of Saturday’s contests were cancelled due to winter weather.

This pair of scores would be the final points for the Warhawks. Tech got within scoring position in the third inning, but junior pitcher Adrianna Chavarria was able to get a crucial strikeout with two runners on base.

Tech would come back and take the lead in the fifth inning. Maddie Green’s 2-RBI single swung the game in their favor, and the Warhawks could not recover. Late in the seventh inning, freshman Madison Blount had an opportunity to tie or take the lead with the bases loaded, but Tech’s Emma Hutchinson pitched a strikeout to seal the game at 3-2.

The Warhawks were able to even their record with a higher-scoring matchup against the Jacksonville State Gamecocks. ULM celebrated an 8-7 walk off victory after senior Jayden Mount’s RBI allowed freshman Caley McGuff to take the win for her team.

The Warhawks started out strong after the Gamecocks took the initial lead with two scores. ULM’s first five scores came in the first inning. Blount walked up to bat in a bases-loaded situation and hit a grand slam for her first ULM home run.

The Gamecocks were able to tie the game at five each in the third inning, and after the teams traded runs leading up to the sixth, Jacksonville State took the lead at 6-5. Sophomore Kelsey Giddens would find her way home to tie up the game before going to extra innings. It would be McGuff who scored off of an RBI courtesy of junior Kennedy Page to win the game in the bottom of the eighth.