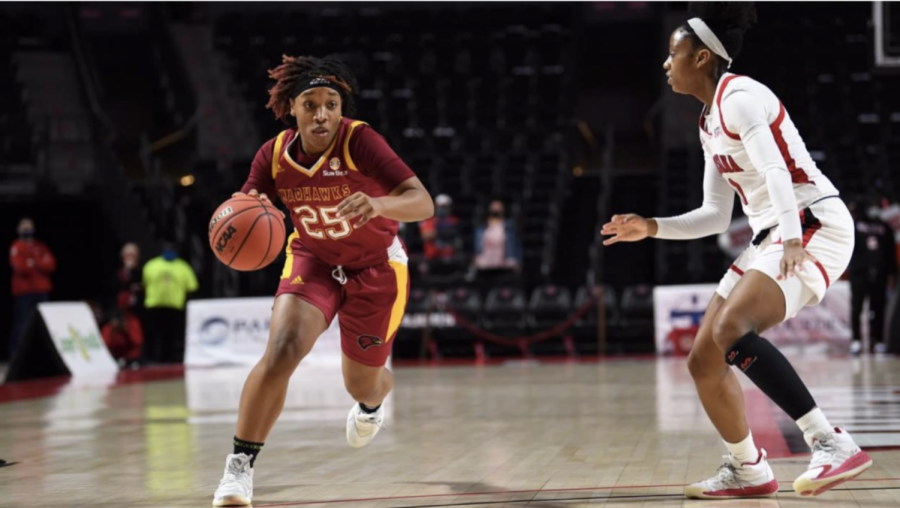 With rivalry week in full swing between the ULM Warhawks and the rival University of Louisiana-Lafayette Ragin’ Cajuns, ULM women’s basketball looked to get an upset win in their two-game series. Despite being two of the better games of the Warhawks season, the Ragin’ Cajuns took both games in their favor.

The Warhawks almost ended their losing streak which has extended for two months now. This would have given ULL just their second conference loss and their sixth loss of the year. Instead, the Warhawks dropped their 14th straight game with just five left in the regular season, with their next matchup coming against the Arkansas State Red Wolves on Feb. 15.

“Lafayette is tough,” ULM’s coach Brook Williams said. “Defensively, they are as tough as anyone we’ve played.”

Both games took place at a much slower pace than what the Warhawks have had to go against for most of the season. This allowed ULM to stay in contention for much of the contest. The first meeting showcased drastically different sources of scoring. Six of the nine Warhawks who saw action scored five or more points, while ULL’s Makayia Hallmon had a career-high 24 points along with her teammate Skyler Goodwin’s 14 points as they took a 65-51 win.

ULM adjusted between the two contests, and they were able to have a lead within the final few minutes of the fourth quarter. Junior guard Kierra Brimzy led the charge with 23 points and five rebounds. Her 80% three-point shooting helped the Warhawks’ efforts. Morgan Hill, the freshman forward from Houston, Texas, came in for a 16-point 10-rebound double-double to contribute to the 37 total Warhawk rebounds. Lafayette’s Brandi Williams was the key to her team’s victory, accumulating half of her team’s points in their 64-59 win.

Despite the losses, the Warhawks showed in this series that they can play well against any team in the conference, despite their record. With the Warhawks in sync, they may find some wins in this final stretch of the regular season.