Warhawks split series with Cajuns, losing streak is over 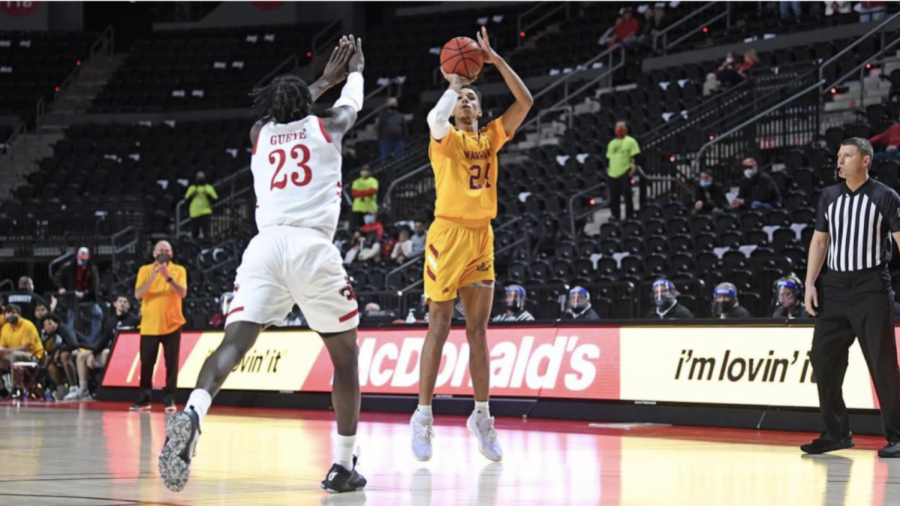 With rivalry week in full swing in the Sun Belt, ULM men’s basketball took on their longtime rival in the University of Louisiana-Lafayette Ragin’ Cajuns. ULL sits as one of premier teams in the Sun Belt while ULM has been at the bottom of the conference for much of the season. The Warhawks were able to put aside the issues that have plagued them all season and get a win against their biggest rival last weekend.

The Warhawks played dominant on both sides of the ball early in the game. Their relentless nature is what allowed them to take a lead into halftime. After holding a 16-3 run and a stretch of holding the Cajuns to eight straight misses, ULM held a firm lead on the game that was capped off by a buzzer beater by junior guard Koreem Ozier.

In the second half, the Cajuns fought back with urgency that quickly shrunk the Warhawk lead. For a period, it seemed as though this would be a repeat of past games where the Warhawks would not be able to close out.

“Our guys didn’t hang their heads, they kept battling,” coach Keith Richard said. “There was a lot of mental talk in those timeouts in the second half.”

Late in the fourth quarter, the Warhawks were able stay out of scoring droughts. There were the usual contributors to the Warhawks in scoring. Ozier scored 15, junior Russell Harrison had led the team in scoring and rebounding with 17 points and 10 rebounds, the shifty Elijah Gonzalez had 12 points and five assists. Freshman forward Thomas Howell stepped up in his play, scoring 11 points off the bench and was an asset on both sides of the ball en route to the Warhawks 72-66 upset win.

Their second meeting would have a different outcome unfortunately. The Cajun’s had a superior night shooting. Their 14-22 shooting for three eclipsed the 5-18 shooting of the Warhawks. Even with strong offensive contributions, such as Harrison’s 17 points and Gonzalez’s 15 points and five assists.

Lafayette won the rebounding battle by 10 in addition to a slight edge on second chance points. ULL’s Ty Harper shoot a perfect 5-5 from three in addition to three of his teammates shooting above 50% from beyond the arc in their 88-72 win to even the series.