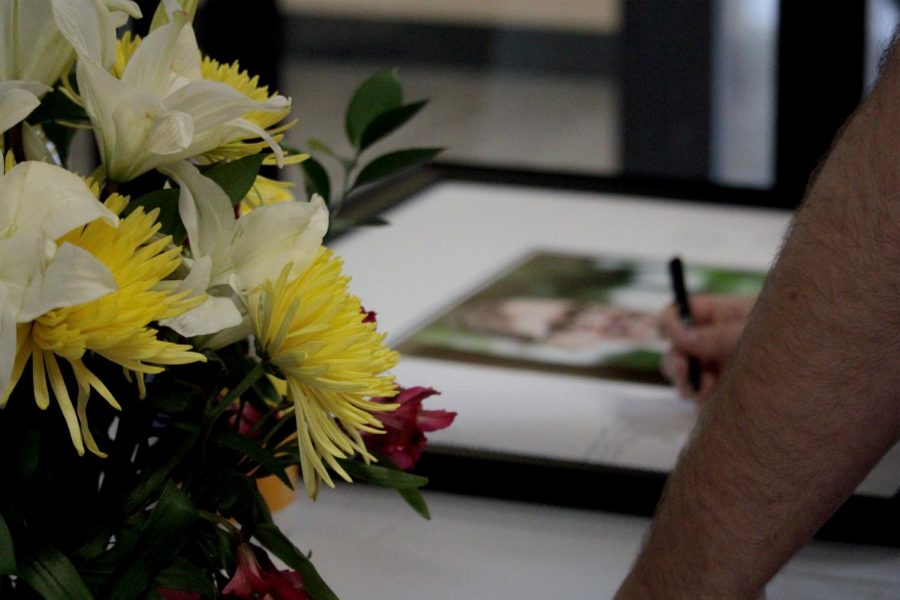 Standing in his colleague’s doorway with a question ready to part his lips. A friendly smile plastered across his face as he glides through Walker Hall, saying hello in passing. Infectious laughter spilling from him and spreading to others. These are the memories students, faculty and staff have chosen to keep of Joshua Comer, an assistant communication professor.

On Jan. 17, Comer, 39, died from gunshot wounds. He was allegedly murdered by his father-in-law, Jack Mathews.

The university grieves the loss of not only a beloved professor but also the communication program’s director. To help people begin healing from Comer’s death, the School of Humanities organized a memorial in his honor last weekend.

Comer was known for his kindness and humor. With his personality alone, he captured the attention of each room he entered. And he was deserving of it according to the School of Humanities Director Ruth Smith.

“I think if you walked into a room and you found Josh there, he’s the kind of person who would not demand center stage but before long, he would be center stage,” Smith said.

Catherine Wilson, Comer’s former faculty mentor, said it was difficult for her to choose just one thing to say about Comer. In the end, she chose his “showmanship” as a professor.

“Joshua Comer was a natural born teacher,” Wilson said. “A lot of people take years to turn into a good teacher but he was an excellent teacher from the jump.”

Students seemed to agree as dozens of video submissions detailing their experiences with Comer flashed across the screens in the Hangar. The memorial video was organized by instructor Charles Lilly and various students from the communication program.

“I think he used his time on earth to do what he loved,” Wilson said. “And he had the great, good fortune of loving what he did and he did it so well.”

Comer worked at ULM for only three years. But in his short time on staff, he transformed the communication department. He helped recruit new professors and instructors like Lilly. He aided students through their practicum assignments and internships. He filled the position of communication program director after Lesli Pace.

“We are all thankful for the too brief time that we had with this gentleman,” Wilson said.