Warhawks ‘Dance It Out,’ learn about history of break-dancing with International Student Association 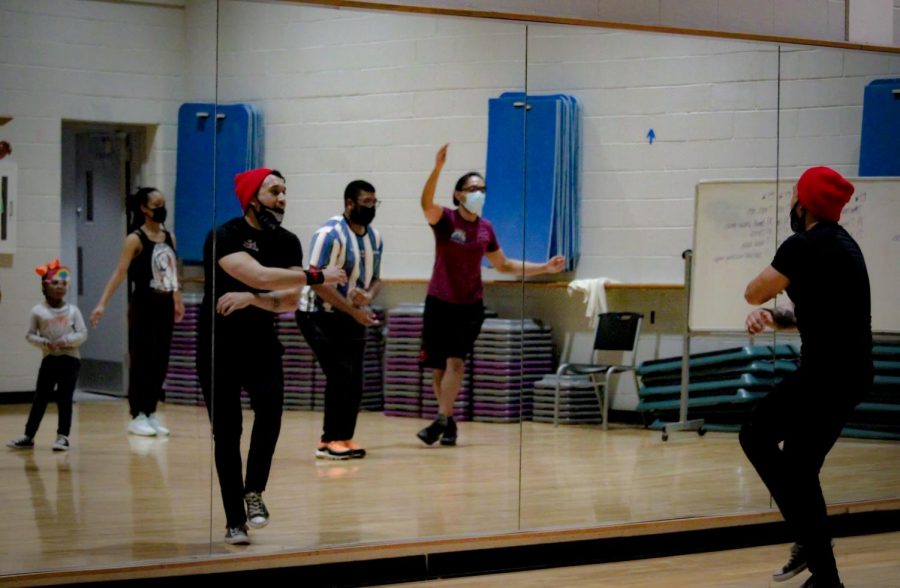 “Left knee in, left knee out, right knee in, right knee out.” Nishant Shrestha stood in front of the Activity Center’s multipurpose room and guided Warhawks as they did the Tootsie Roll across the floor, sweating, panting and laughing, during the Dance It Out event on Friday.

This event was organized by the International Students Association in honor of Black History Month. They provided water and goody bags of snacks for the attendees. The class started out with the instructor telling the students to go around and introduce themselves to each other. Then he explained the history of break-dancing before he started teaching the basic steps of the dance.

Shrestha, a second semester master’s in business administration student who instructed the dance class, said he thinks dance is one of the main ways to make people aware of Black history. If you study Black history, so many historical events have given rise to different dances. There are dances created by African slaves that are still popular.

Chelsi Rogers, a junior biology major, said she thought the event was very effective in educating people about Black history and details of the Black culture that are not commonly known.

Rogers said that they were able to dance just like the creators of the dance had. They also struggled learning just as they had. There was more connection between the past and the present. In a sense, they were able to re-live a small piece of Black history by just dancing and learning how and why it came to be.

Phan Ngoc Tram, the events coordinator for ISA, said she thought the event was fun and that the students got a chance to learn about the history of break-dancing and practice some of the basic techniques of the dance without having to sit in a history class.

“Break dancing is a part of the lifestyle of African Americans and it is relevant to teach and educate yourself about its origins and importance,” Phan said. “This is was the aim of our organization as part of celebrating Black History Month.”

Shrestha said that he enjoyed teaching the class and being a part of such huge cause while doing what he loves. He suggested that the organization keeps the tradition going. He said he would love to see traditions and arts from different parts of the world. People can sing their songs, or wear their traditional clothes in a fashion show, cook their food–Just share their culture in any way possible.

“Something as simple as a dance, that I’ve seen preformed many times, had taken on a new meaning. It was more than a dance, but a way to express themselves without the use of violence,” Rogers said. “As far as how it is significant to Black history, it shows the creativity of my people and the pure talent that they possess which often goes unseen.”