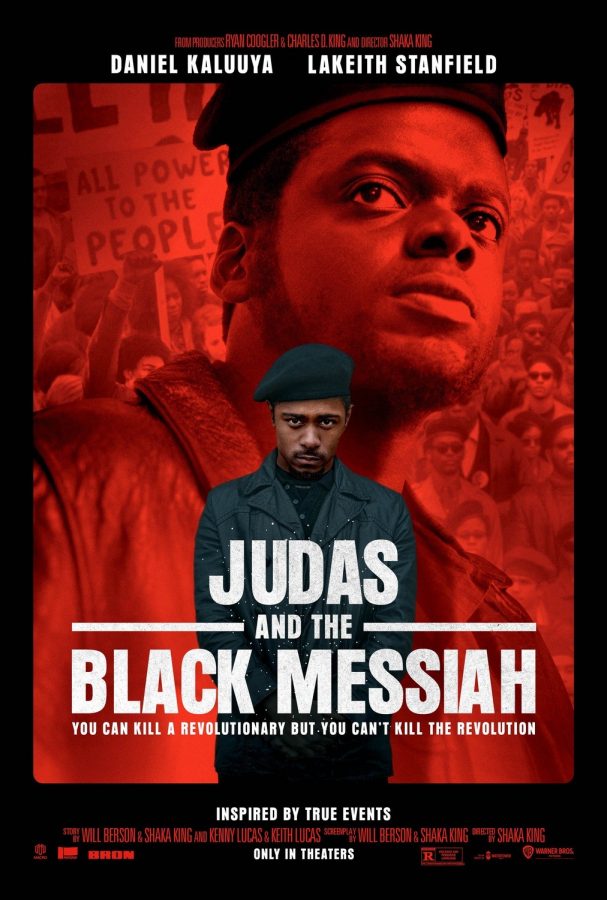 What comes to mind when you hear “Black Panther?” It’s completely fine if Marvel’s blockbuster superhero is your answer. Our story, however, deals with a group now overshadowed by the Wakadan savior.

The Black Panther Party, a militant civil rights political party, fought for equality among Blacks and all races. Their aggressive methods remain debatable but their actions were pure: free breakfast for children, free medical care and uniting other races in shared harmony.

Shaka King’s Golden Globe-nominated “Judas and the Black Messiah” retells a blood-boiling tale of Panther leader, Fred Hampton, and FBI informant, Bill O’Neal. Armed with two stellar performances, it paints an infuriating picture of police brutality, federal persecution and systemic racism of the past all too familiar today.

In Chicago, 1968, O’Neal is up to no good. He impersonates an FBI agent and unsuccessfully attempts car theft. An agent makes a deal with him to earn his freedom–infiltrate and disrupt the Panthers, including Hampton.

Will O’Neal play Judas and, in essence, betray his own people’s strife for justice? Or, will he turn his back on the Bureau and stand up for the stigmatized Panthers?

Daniel Kaluuya plays the bass-voiced Hampton as confident, powerful and inspirational, energizing every room with his words. You’ll see precisely why he was nominated for a Best Actor Golden Globe this year. Lakeith Stanfield plays cowardly O’Neal as conflicted, foolish and indecisive. I’ll let you decide whether he deserves sympathy or damnation–a great debate with friends.

This film is based on true events worthy of cinematic treatment. During the ‘50s, the FBI launched “COINTELPRO,” Counter-Intelligence Program, a series of secret, illegal operations meant to infiltrate and destroy American organizations. Blacks were main targets like the Panthers and Martin Luther King. Some COINTELPRO documents can be viewed on the Bureau’s website.

Listen as then-FBI Director J. Edgar Hoover, played by Martin Sheen, condemns the Panthers as “the single greatest threat to our national security.” O’Neal participated in only one interview about his involvement. The ending is utterly shocking–and all true.

“Judas and the Black Messiah” retells a painful era in American history and reminds us the fight for civil rights is far from over. It’s another example of Black excellence making headlines in Hollywood’s whitewashed landscape. Raise your fist and repeat after Hampton: “I am a revolutionary.”