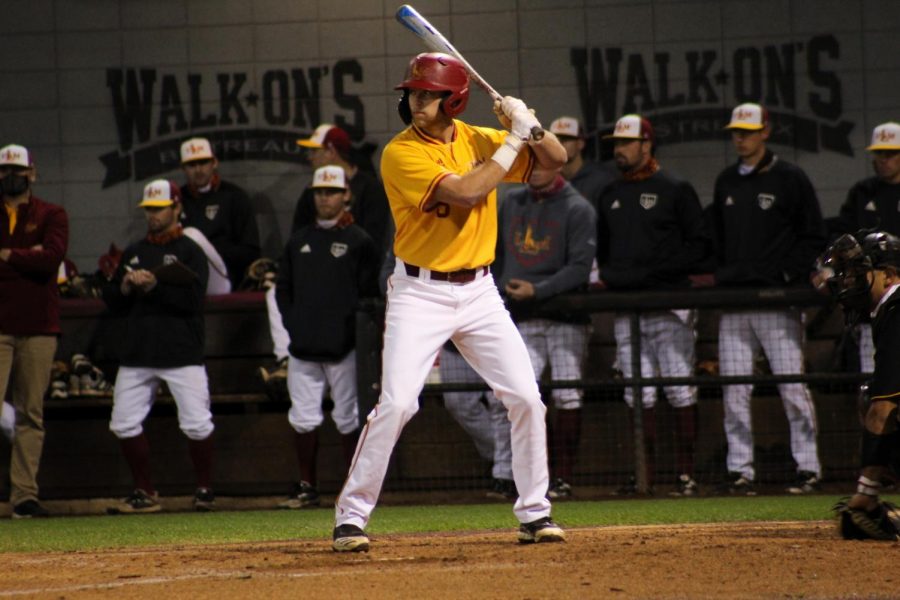 ULM baseball kicked off their five-game home stretch by defeating Grambling State 9-1 on Wednesday night. Grambling State, after scoring one run in the second inning, was held scoreless for the rest of the game.

With the win, the Warhawks improve to 3-2 on the season while the Tigers fall to 0-5.

The Warhawks struck early, with one run scored in the first inning off of a Wiley Cleland RBI Groundout. Grambling responded with a solo HR down the left field line by Cameron Bufford.

The Warhawks fired back with three more runs scored in the bottom of the second inning. One of which was a Matthew Lee RBI, which occurred after a throwing error from Grambling third baseman Jeremy Almaguer to first base as well as a RBI double hit by Mason Holt and an RBI single from Trace Henry. The Warhawks would end the inning with three runs, three hits and would take the lead 4-1.

Up until the sixth inning, the game remained at 4-1. However, the Warhawks exploded in the bottom of the sixth.

With the bases loaded, a ball hit by Henry bounced off of pitcher Antoine Valerio’s leg and into left field, which allowed two runs to come in for the Warhawks. With the game at 6-1, Cleland hit on a 2-RBI single, and extended the lead to 8-1.

After that, Ryan Humeniuk hit a sac fly into left field with one out, allowing for a run to score, making the game a 9-1 contest.

Cam Barlow earned his second win of the season, and improves his season record to 2-0. He allowed one run, two hits, a walk, and recorded seven strikeouts over five innings, which matches a career-high.

The Warhawks will meet the Tigers once again on March 30, this time at Grambling.

ULM will host Nicholls State on Saturday, March 6 in a double-header.