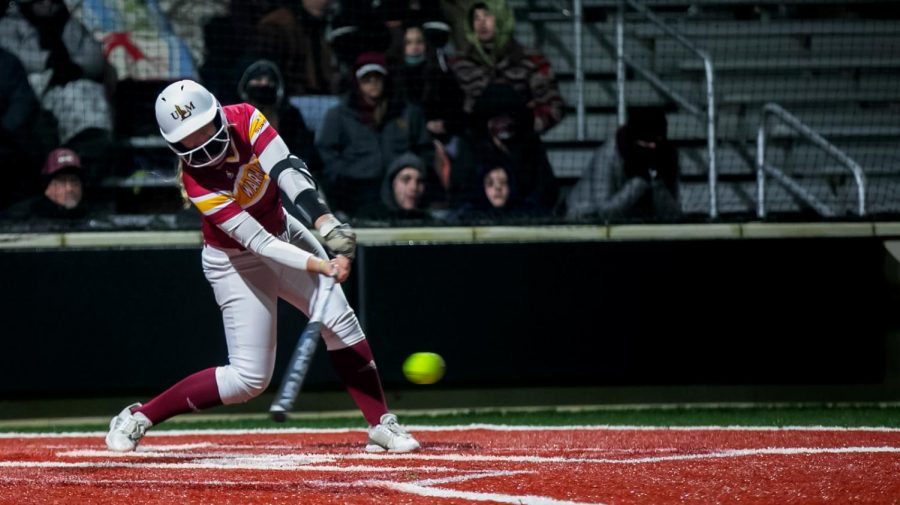 ULM (10-12) traveled this weekend to take on the Georgia Southern Eagles (6-10) in their second week of conference play.

Coming off a successful opening weekend with the series win against Coastal Carolina, the Warhawks looked ready to continue their recent success.

ULM started the first game off strong with a first-inning home run off the bat of junior outfielder Korie Kreps.

Georgia Southern quickly responded by tying the game in the bottom of the inning. The game would stay deadlocked until the bottom of the fourth when the Eagles, capitalizing off of a Warhawk error, would score two runs to take the lead 3-1.

ULM’s offense refused to be kept at bay, mounting a seventh-inning rally scoring four runs off four hits and one error. This late boost would give ULM the win 5-3.

Murphy Williams would take the win in the circle for the Warhawks after pitching six innings, allowing two runs off five hits, walking two batters and striking out four.

The second game turned out to be an extra-inning thriller as ULM prevailed 11-9.

The Warhawks started strong once again, scoring two runs in the first inning off a single from senior Jayden Mount and a sacrifice bunt from freshman Madelyn Fletcher.

ULM would continue the offensive show, scoring four more runs in the second off a double from Kreps and a two-run home run from Mount and three runs in the fourth off a single from Fletcher and a double from junior Kennedy Johnson.

This would put the Warhawks up 9-1. Georgia Southern’s offense would not come alive until the bottom of the fifth.

With the game on the line, the Eagles scored two runs in the fifth and three runs in the sixth and seventh innings to tie the game 9-9. ULM would take the victory after scoring two runs in the eighth after capitalizing on an error by Georgia Southern.

The Warhawks will look to continue this winning energy with a match up against the Southeastern Lions this Wednesday at 6 p.m.