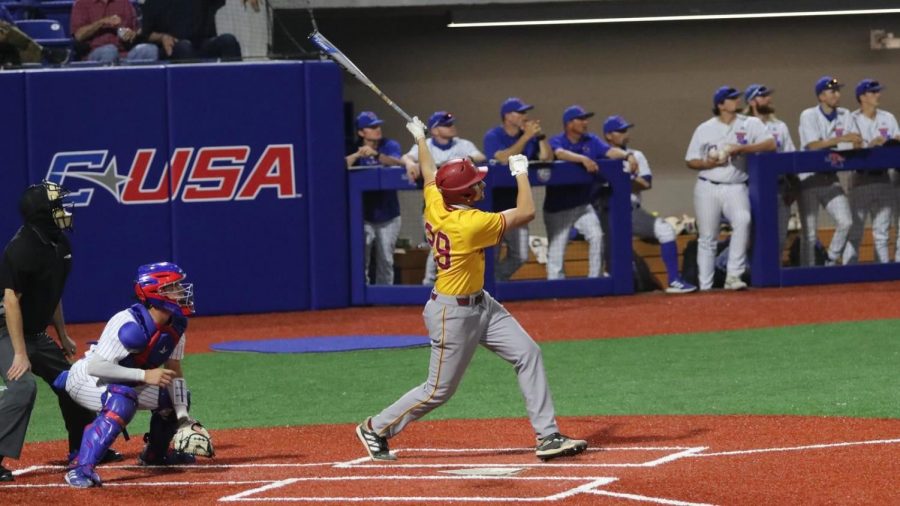 RUSTON, La. — ULM (10-9) took a short trip to Ruston last Tuesday to take on in-state rival Louisiana Tech (16-6). This matchup looked set to be a good one as ULM was fired up after having just beat #9 ranked Oklahoma State. They now had the chance to take down another ranked opponent in #21 Louisiana Tech. Tech took the win earlier in the season 3-10.

“We just had to realize it was another faceless opponent,” said Warhawks right fielder Trace Henry. The game would not play out in favor of the Warhawks, as the Bulldogs took the 9-7 win. However, the Warhawks are poised to do well in district play.

“Conference play is a different animal, and we are looking forward to keeping some momentum into this weekend against Texas State,” said Henry. ULM won the first game against the Bobcats but lost the second in extra innings.

ULM started the game off on the wrong foot as La. Tech was able to score two runs in the first inning off three walks and a hit by pitch. This bad luck seemed to continue for the Warhawks as Tech was able to plate another run in the second to go up 0-3.

ULM finally got a run on the board in the top of the fourth after a double by senior Ryan Humneniuk brought in fellow senior Andrew Beesley. La Tech quickly answered with a run in the bottom of the inning to make the score 1-4.

The top of the fifth started strong for the Warhawks with a single by Henry. He was able to score after a fielder’s choice RBI off the bat of Beesley, who was able to score himself after an RBI double from Humeniuk. ULM would finally even things back up in the top of the sixth after a sacrifice fly from junior Grant Schulz.

La. Tech would retake the lead in the bottom of the sixth, scoring two runs to go up 4-6. ULM answered big in the top of the seventh after junior Danny Desimone went yard with a three-run home run to give the Warhawks the lead at 7-6. Unfortunately, this lead did not last long as Tech plated three runs in the bottom of the inning to go up 7-9. This would be the final score as ULM would take the loss.