Crimson Tide washed away by Warhawks, 5-3 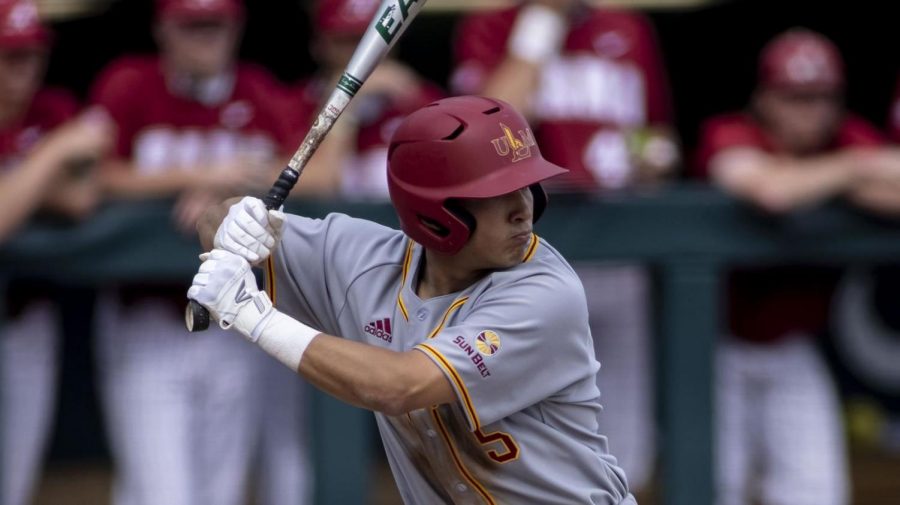 The Warhawks utilized six different relievers to stall the offense of the Crimson Tide and take the 5-3 victory.

“We played an errorless game,” head coach Michael Federico said. “We didn’t walk a lot of people. We had a big two-out hit and got middle relievers to throw strikes.”

This would be their second matchup of the season against an SEC team. Their first was a three-game series versus Ole Miss, where they lost the series two games to one.

With the win, the Warhawks ended their six-game losing streak.

“It makes everything a little bit easier now that you get that win”, said Danny Desimone, who hit the three-run homer in the first inning, giving the Warhawks the early lead.

The ULM bats turned on early, as Disimone, with two outs, homered with two runners on base, and made it a 3-0 ballgame.

The game remained 3-0 until the bottom of the third when Alabama’s Jim Jarvis scored on a sac fly from William Hamite. Peyton Wilson scored on a double from Zane Denton, making the score 3-2 in the Warhawks’ favor.

The game would remain at a stalemate until the top of the eighth. Micheal Cervantes, with two baserunners, would produce a base hit.

With the help of an Alabama error, Desimone and Ryan Humeniuk were able to score. This put two more runs on the board for the Warhawks, making it a 5-2 ballgame.

Alabama would attempt to come back in the bottom of the ninth, as Denton would produce a base hit down the right side, which would score Caden Rose. However, the comeback would fall short. The Warhawks won the game 5-3. The Warhawks improve to 11-14 on the season, and will earn their second SEC win.

The Warhawks will play LSU on April 20 for their next SEC test.