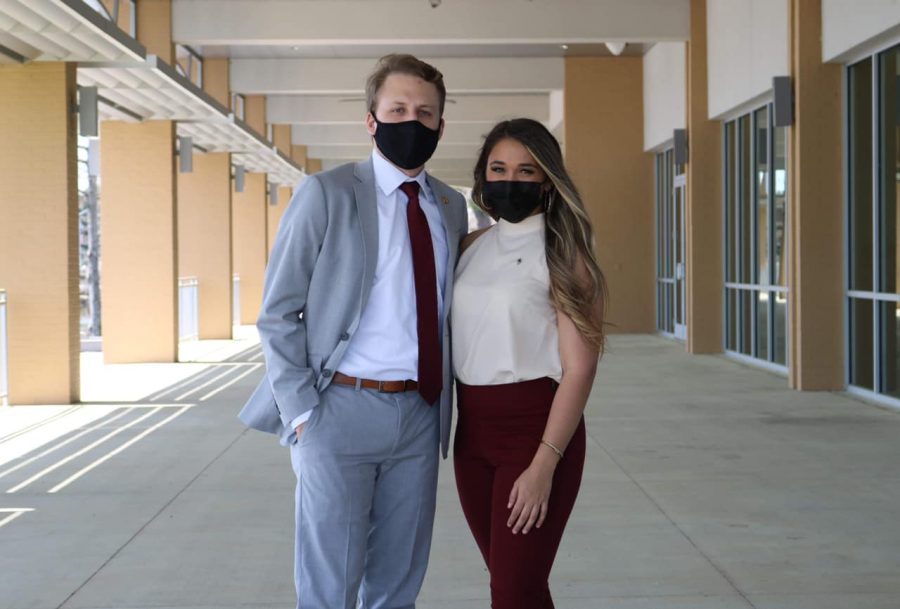 Lauren Fee, a junior secondary education and teaching major, was elected to replace Bailey as president. Jay Parker was elected as vice president, Andie Lindey as chief of staff and Victoria Sterling as secretary.

Fee previously served as SGA secretary and is currently the vice president for the Delta Zeta chapter of Kappa Delta.

Parker, a senior communication major, has been a member of SGA since his freshman year, first as a senator, then as committee head and eventually as treasurer.

Parker said he continues to participate in SGA because he wants to be “a bridge for the students to stretch their ideas to our administration.”

“I want to see real change in the university to better shape the campus in the image our students want it to be,” Parker said. “ULM is more than just a school but a home for our student body.”

Lindsey, a junior finance major, has also been in SGA since her freshman year. She was first a senator for the College of Business and Social Sciences and then projects committee head.

Lindsey decided to run for chief of staff because she knew that would give her the potential to make real change on campus.

“I hope to accomplish many things in this position,” Lindsey said. “But my main goal is to promote unity between all organizations and colleges here on campus.”

Sterling, a junior speech language pathology major, has been in SGA since she became a freshman senator in 2018 and has taken over the secretary position from Fee.

There were also new senators and associates elected for the colleges of business and social sciences, arts, education and sciences, health science and pharmacy.