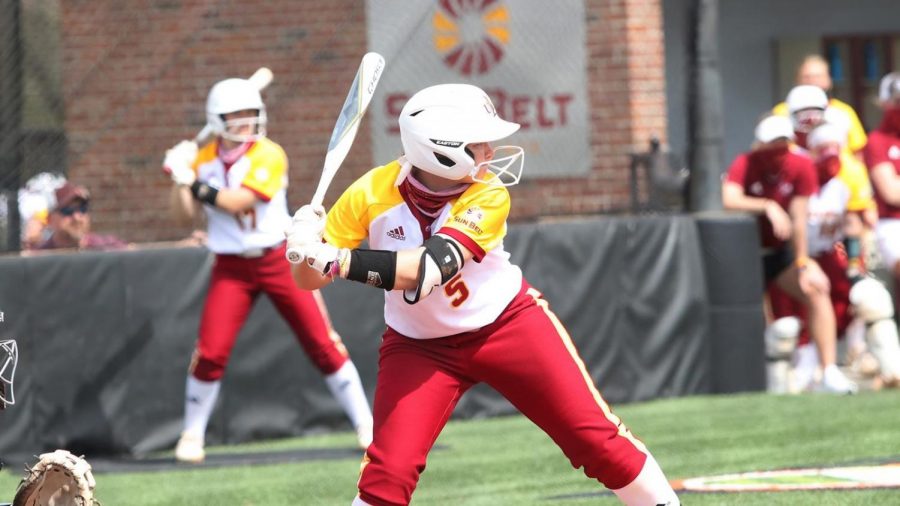 ULM softball (13-22) was able to claim their second victory of the season over Louisiana Tech (14-21) after they came out on top of a back-and-forth matchup.

The game came down to a clutch seventh-inning RBI double by freshman infielder Andie Edwards to take the lead 5-4. Senior Amber Coons led the Warhawks in the circle after pitching 2.2 innings allowing no hits, no runs, walking two and striking out five Lady Techsters to take the win.

ULM was able to snap an eight-game losing streak with this win. The Warhawks will be back in action on April 21 as they travel to Southeastern.

ULM was able to start the scoring match early after a sacrifice bunt off the bat of junior Kennedy Page scored fellow junior Kennedy Johnson in the top of the second.

Both teams would then go scoreless until the top of the fourth.

Johnson and sophomore Kassidy Giddens got on base for the Warhawks after they both singled through the left side. Junior Jessica Williams was able to take advantage of a double steal by Johnson and Giddens by putting the ball in play to score a run for the Warhawks. This was followed quickly by another RBI single by senior Rylee Lara to score Giddens. This put the Warhawks up 3-0.

The Lady Techsters mounted a solid rally, scoring four in the bottom of the fourth to go up 3-4. ULM did not back down, though.

After Edwards hit a single up the middle and advanced to third on a wild pitch, Johnson launched a sacrifice fly to score a run for the Warhawks, tying the game at 4-4.

The game stayed at a stalemate until the top of the seventh when ULM took the lead.

Junior Korie Kreps singled to center field and advanced to second on a sacrifice bunt by freshman Madelyn Fletcher. Edwards came in clutch with an RBI double to give the Warhawks the lead at 5-4.