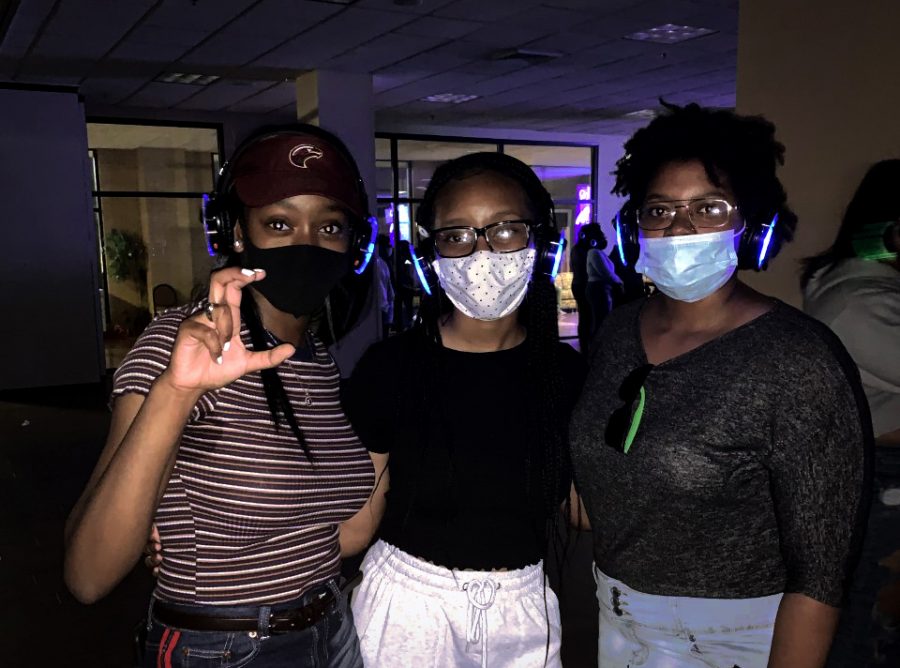 Imagine walking into a room of over 150 students singing off-key with absolutely no music on. Some singing the same song; a few singing a different one. Some dancing to the Bunny Hop; some doing the Cupid Shuffle. How confused do you think you would be?

This is what happened at Silent Disco last Tuesday night. It was hosted by 31 Ambassadors and Campus Activities Board, making it John McKeel’s final event to host.

McKeel, CAB’s president, said, “I was sad to see my time as CAB president winding down but proud that my last event had such a great turnout for the students.”

Walking into the event, you received a pair of fluorescent headphones that turned red, green or blue. Each color stood for a different music channel. This way, you never had a song you didn’t like playing through the headphones.

The music varied from throwbacks to line dancing all the way to gospel. There were upbeat songs then a switch up to slower feel-good music.

Students tapped each other every time a good song came on their channel so their friend would change their’s to see what the other was talking about.

Morgan Andrews, senior toxicology major, said, “I enjoyed the variety of music that the DJs played in the headphones. It was my first time going since I’ve been here, and I loved it.”

The crowd and dance floor was packed. If you turned off your headphones for just a split second, you could hear the hundreds of students singing off-key yet still enjoying themselves.

Just in case you got hungry, 31 Ambassadors and CAB did not skip out on food. They had free wings and drinks provided on the side of the room for anyone who wanted it.

As you left the event, students handed over their headphones to be cleaned and stored away.

Silent Disco was introduced last year for the first time. Many students hope to see it become an annual event.

Kyra Robinson, a junior psychology major, said she wants to come back next year.

“It’s fun to see everyone listening to their style of music while still interacting with others around them,” Robinson said. “It’s different from just a normal style party.”